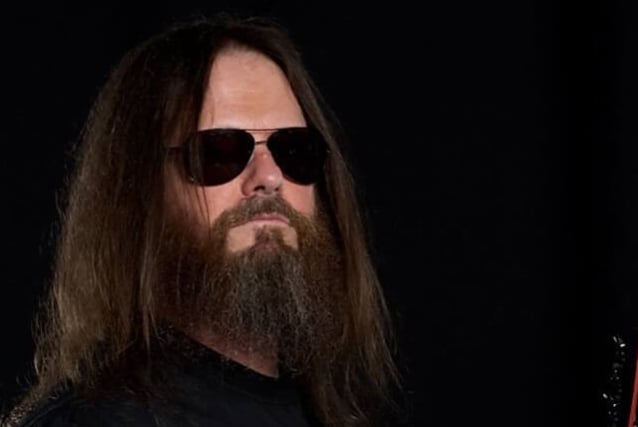 GARY HOLT Is Writing 'Crushing' Riffs For EXODUS's Next Album

EXODUS guitarist Gary Holt has been writing "crushing" new riffs for the band's forthcoming follow-up to 2014's "Blood In Blood Out" album.

On Friday (May 29),Holt took to his Instagram to share a photo of a couple of his guitars, and he included the following caption: "New @exodusbandofficial riffs are flying out today, and if I don't mind saying so, are CRUSHING!!! Super stoked!!! Can't wait to gather and start assembly of these beast!"

New @exodusbandofficial riffs are flying out today, and if I don’t mind saying so, are CRUSHING!!! Super stoked!!! Can’t wait to gather and start assembly of these beast!