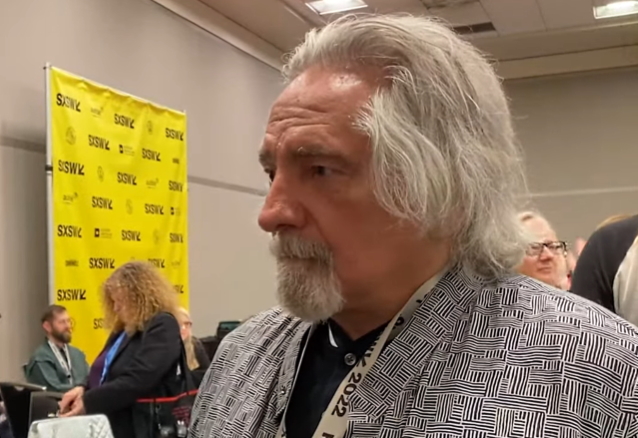 GEEZER BUTLER: 'I Was Really Glad That Me And RONNIE JAMES DIO Had Made Up And All The Past Was In The Past'

Damian Muziani of BLACK SABBATH fan site Black-Sabbath.com has shared a four-minute report on the world premiere of "Dio: Dreamers Never Die", the career-spanning documentary on the life and times of the legendary rock icon Ronnie James Dio, which took place this past Thursday (March 17) at this year's SXSW Film Festival in Austin, Texas. You can watch the video below.

Damian, who was the last person to conduct a post-show interview with Ronnie James Dio after his final performance ever in 2009, asked Butler for his memories of Ronnie. The 72-year-old musician said: "I was really glad that me and Ronnie had made up and all the past was in the past. At the end of the film, I was so glad that we got together in HEAVEN & HELL and sorted everything out. It was great."

Photos from both days can be found below. More pictures of the "Dreamers Never Die: The Enduring Power Of Metal" panel are available at Shutterstock.

Wendy Dio recently told Argentinian journalist Lucas Gordon about "Dio: Dreamers Never Die": "I saw the first cut of it. It was very emotional. It's very different from [Dio's autobiography]. 'Cause the book finishes in 1986, with Ronnie playing Madison Square Garden. But the documentary goes all the way through his life till the end. And it was very emotional. I was watching it with my publicist and a person from BMG, who are funding the documentary. And we all cried. It was very emotional. But it's really interesting and really good. Rob Halford is great in it, talking about stories. Lita Ford [and] Jack Black [are also in it]. Eddie Trunk and Mick Wall [author of Dio's autobiography] both kind of narrated it and everything. I'm very pleased with it."

We had a surreal time premiering Dio: Dreamers Never Die at SXSW. Thanks to everyone who came to support the film. It…

Tonight's the night! Ronnie's documentary, DIO: Dreamers Never Die has it's world premiere at the SXSW Film Festival in Austin, TX at the The Paramount Theater!

Next week, Ronnie's documentary, DIO: Dreamers Never Die has it's world premiere at the SXSW Film Festival in Austin,...

So pleased to meet the fabulous, gracious, kindhearted boss lady Wendy Dio after a…

Sebastian Bach from Skid Row in Austin for the Premiere of DIO: Dreamers Never Die
He has a great spirit and was easy... 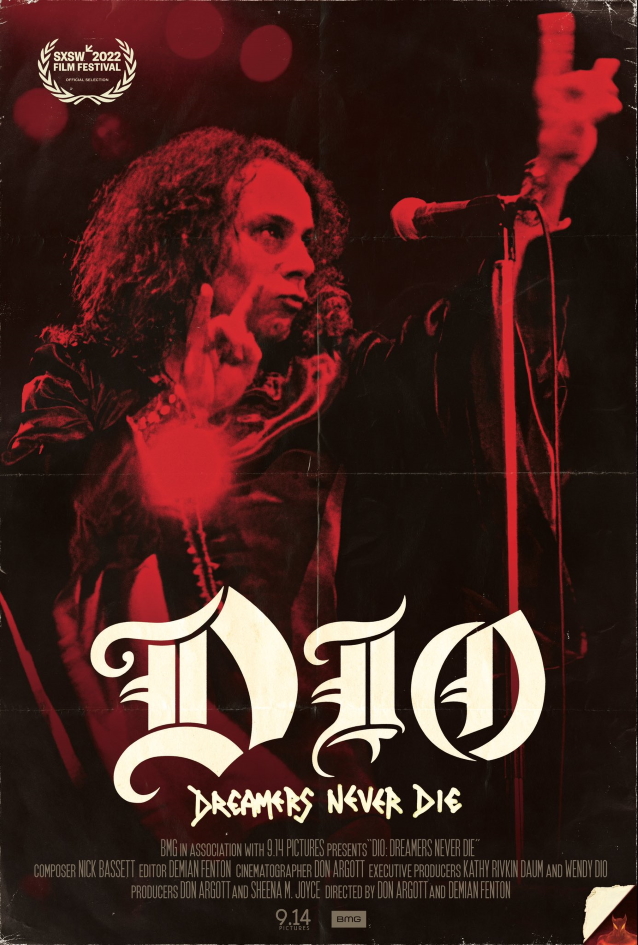