The "Glamorous Hollywood Night"-themed event honors prominent individuals who have made a positive impact for animals around the world. Recreating the glamour and excitement of a bygone era, the gala will feature celebrity red carpet arrivals, cocktail reception with vegan hors d'oeuvres, a vegan dinner, awards program, live entertainment and dancing.

LCA's founder and president Chris DeRose is proud to announce this year's honorees:

Last Chance for Animals (LCA) is an international non-profit organization dedicated to eliminating animal exploitation through education, investigations, legislation, and public awareness campaigns. Since its formation in 1984, LCA has succeeded as one of the nation's pioneer animal advocacy groups. LCA's educational and public outreach programs have empowered the public to make positive changes for animals in their communities.

For tickets and additional information, go to this location. 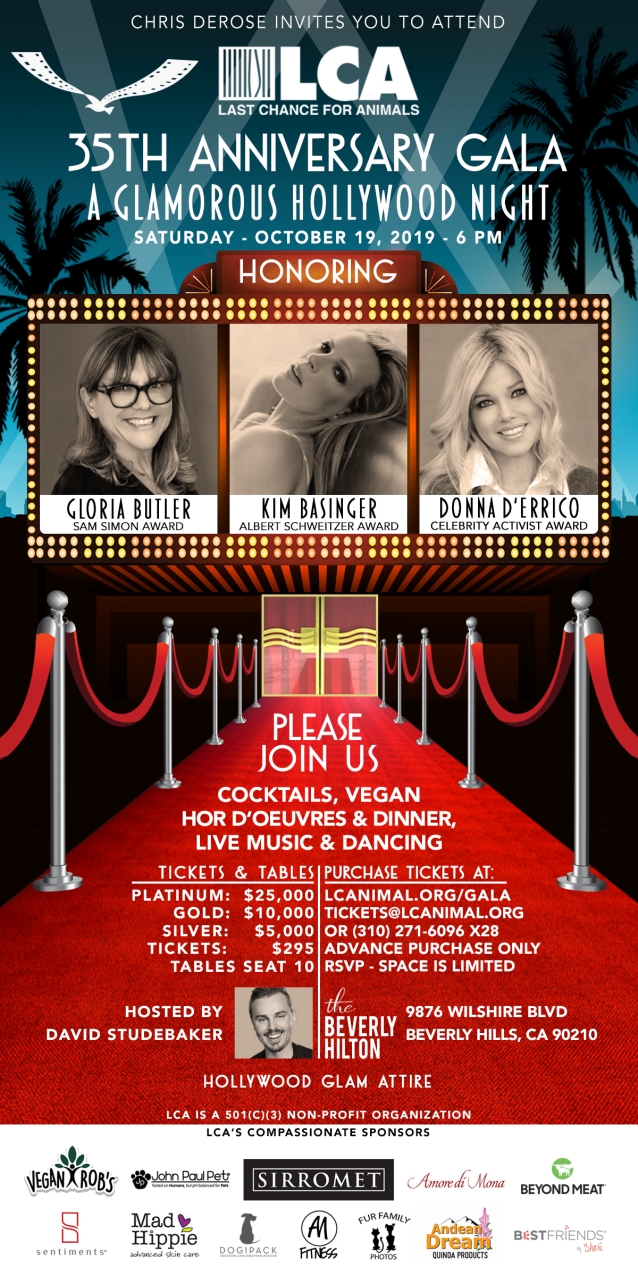