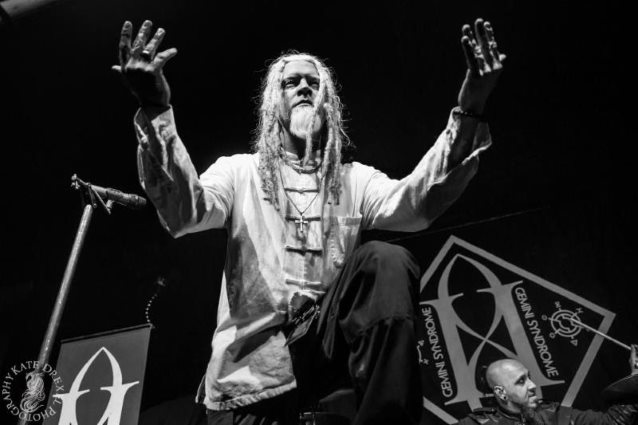 GEMINI SYNDROME drummer Brian Medina commented: "We couldn't be more pleased to bring Meegs into the GEMINI SYNDROME family. He is such a creative and innovative musician, and one of my most trusted and closest friends on this Earth. He's been here since the inception of GEMINI SYNDROME, and it's great to bring someone who is already family into the fold."

In other news, GEMINI SYNDROME has announced its final tour before the group shifts focus towards the writing and recording of its third studio album. The disc, which will be produced by Matt Hyde (DEFTONES, SLAYER),will conclude the trilogy started with "Lux" and continued on "Memento Mori".

The upcoming "Brought To Light" tour will feature support from DEADSET SOCIETY and SPOKEN. Prior to that, GEMINI SYNDROME will play direct support to FOZZY on the latter group's "Judas Rising" tour, which kicks off on September 26 in Clarksville, Tennesee.

Said GEMINI SYNDROME: "The Oracle has foreseen that GEMINI SYNDROME will be sharing the stage with fellow conspirators FOZZY, occurring in alignment with the Autumnal Equinox. This Fall Conversion will be the last tour of the year before we abscond to write and record our next album, closing the chapter of 'Memento Mori', and ushering in the third and final act of the trilogy. We look forward to sharing this sacred rite with you."