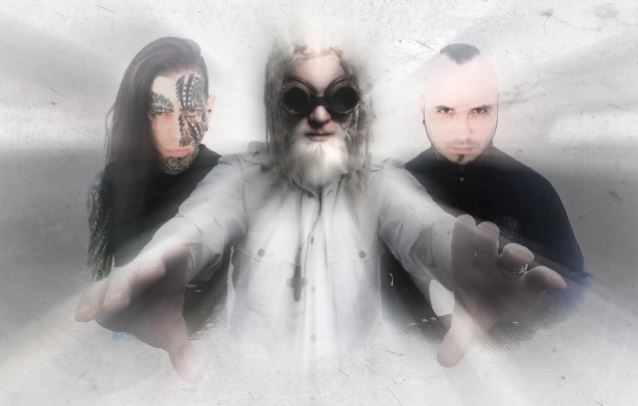 Los Angeles-based rockers GEMINI SYNDROME have inked a deal with Another Century. The band will enter The Hideout Recording Studio this fall with producer Kane Churko (PAPA ROACH, IN THIS MOMENT) to finish recording its second album for an early 2016 release.

Comments GEMINI SYNDROME drummer Brian Steele Medina: "When we finished touring earlier this year, we immediately immersed ourselves into writing the new album.

"We're pushing our music to extremes in all directions.

"We are extremely excited to have signed with Another Century. On a personal level, we've always been good friends with the team at Another Century, and now we get to work together to push this all to the next level.

"We really feel we've found a home and a family who truly understands us and our vision."

GEMINI SYNDROME's new single, "Eternity", can be streamed at this location.

The band is currently finished up a tour with AVATAR as well as playing headline shows. Singer Aaron Nordstrom sums up the current and future plans: "The tour is going great. The fans are coming out more excited than ever and are enjoying the taste of the new music. There is a lot of anticipation for the new record.

"As soon as we are done on the road, we will head to Vegas to work with Kane Churko and finish up recording.

"We were able to work with him earlier this year (on 'Eternity'), but now we will be there full-time to finish up the next chapter.

"We love the Churko family and we love working with them. I have no doubt we will come out with an incredible album when we are finished. It's definitely one that we are proud and excited to be doing."

Formed in 2010, GEMINI SYNDROME's 2013 full-length debut, "Lux", landed at No. 3 on Billboard's Heatseekers chart and yielded the singles "Pleasure & Pain" and "Stardust".