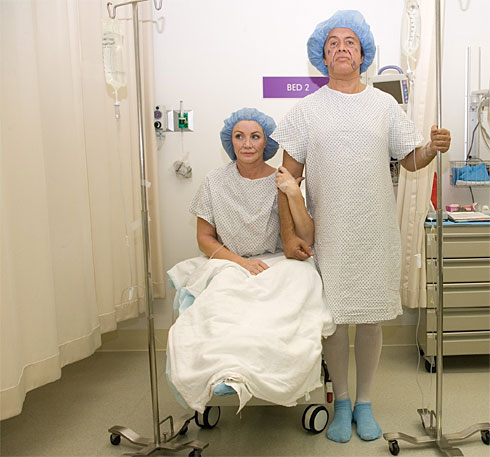 So why did the KISS [bassist/vocalist] and former Playboy Playmate of the Year decide to go for dual face lifts on two episodes airing April 1?

"Honest to God, it just sort of happened," says Simmons, 57, who had a face lift and liposuction, to be featured on two April 1 episodes.

What you'll see, according to Simmons, is "like a biology class … more fascinating than gory."

Tweed, who turns 50 March 10, had her face lift done by the same Beverly Hills surgeon. "Plastic surgery was Gene's idea. But I wasn't going to let him look younger than me," she says.