GENE SIMMONS's '27: The Legend And Mythology Of The 27 Club' Book Due In August

powerHouse Books has set an August 14 release date for KISS bassist/vocalist Gene Simmons's new book, titled "27: The Legend And Mythology Of The 27 Club".

In a recent interview with Detroit, Michigan's WRIF 101.1 FM radio station, Simmons revealed that "27" is "about all the sadness with these people who killed themselves. Frances Bean, Kurt Cobain's daughter, is friends with my son, they hang out," he said. "You should read the quotes she does in the media. 'Hey, it's real cool your father dies while you're still a baby from drugs.' No, it ain't. It sucks."

Speaking in more detail about the inspiration for his upcoming book, Simmons said: "You'd be shocked at how deep this runs mysteriously. But, again, it's not about the idea that it's 27, although we ask that question: 'Why then? Why not 28? Why not 30?' and all that. But it's really about when you become rich and famous and everybody admires you, what is that thing that makes people destroy themselves, even to die? What is that?

"The rest of the world adores you and your fans love you and they give you money and fame and all that, and then you kill yourself. I don't get it."

Gene went on to reiterate that he has "literally never been high or drunk" in his life, "other than [while sitting] in a dentist chair. And that's because of my mother," he explained. "My mother was 14 years of age when she was in the concentration camps of Nazi Germany, and she had a horrific life. And what right do I have to torture her and make her unhappy? No, that's never gonna happen."

Simmons also denied that he has ever been tempted to turn to alcohol or drugs for solace while dealing with the pressures of being on tour.

"What temptations?" he said. "If you drink enough, your equipment won't work. If you get high, trust me, you're not gonna be witty or look cool. No, there's nothing about that. We've gotta tear down this stupid fascination with it; it's self-destructive.

"What's happening with opioids is killing everybody," he continued. "No, there's nothing cool about that. I'll tell you what's cool — somebody who arches their back, stands up straight and says, 'Every day above ground is a good day. Now watch me burn rubber.' That's cool."

The official synopsis of "27: The Legend And Mythology Of The 27 Club" reads as follows:

"Beginning in the summer of 1969, a slew of major rock stars all died in quick succession: Brian Jones, Janis Joplin, Jimi Hendrix and Jim Morrison, all hugely influential musicians of their time, passed away, under tragic circumstances, and at exactly 27 years old.

"This is how the rumor of the '27 club' — the idea that there is something fateful, myth-worthy, or even cursed about turning 27 — began. Since then, the morbid pantheon has continued to grow, now including art prodigy Basquiat (d. 1988),legendary NIRVANA frontman Kurt Cobain (d. 1994),and nu-blues heroine Amy Winehouse (d. 2011),among other unforgettable figures. Becoming a member is a perverse privilege, but the cost of entry is dangerously high.

"In '27', rock legend Gene Simmons of KISS fame, a man with over 10 million album sales and many a story to his name, will serve as our guide to the enigmatic 27 club, examining sex, drugs, and rock 'n' roll from the inside, and answering our enduring questions… Why do we find ourselves obsessed with the untimely deaths of the famous and the infamous? Is the 27 club just a compelling urban legend? What does age 27 really mean for our most beautiful and damned?" 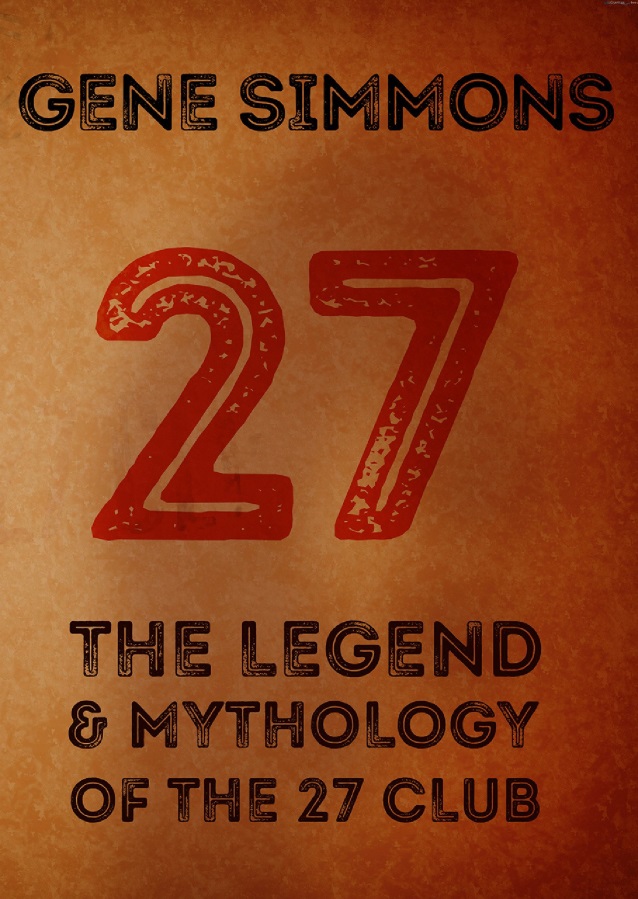