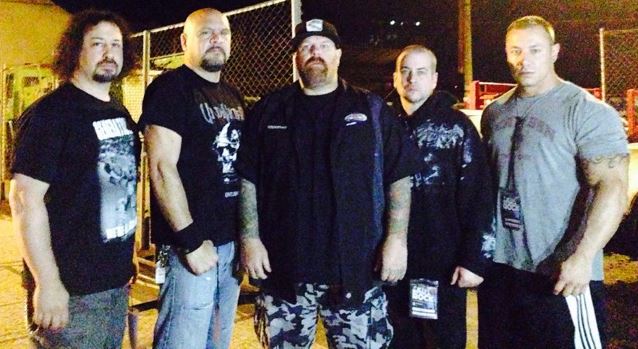 "We're All Gonna Die", the video for the title track of the sophomore album from GENERATION KILL, the band featuring former EXODUS frontman Rob Dukes, can be seen below. The clip was filmed (and later edited) by Colombia Metal Garage on November 2 at the Boyacá Rock festival in Colombia.

Released on November 15, 2013 via Nuclear Blast, "We're All Gonna Die" was produced by Chris "Zeuss" Harris, who has previously worked with SUICIDE SILENCE, ALL THAT REMAINS, SHADOWS FALL and SOULFLY, among others.

In a 2013 interview with Metal Assault, Dukes stated about "We're All Gonna Die": "It was cool to make this album because we were paying homage to the music that we loved. If you listen to it and open your mind, you can hear everything from QUEEN, a little bit of RUSH and THE DOORS, a bit of [IRON] MAIDEN, [BLACK] SABBATH, [JUDAS] PRIEST, early METALLICA and all of those. We expanded upon them and made it our own, but we didn't reinvent the wheel. We just wrote songs that we wanted to hear ourselves."

He added: "I like listening to my own album because I'm proud of it, and it has good songs. You can't ask for anything more than that, right? If the album doesn't sell, I don't care. I mean, I'm hoping that it does well, because I would love to be successful, but if it doesn't, hey man, at least I know I made a good record." 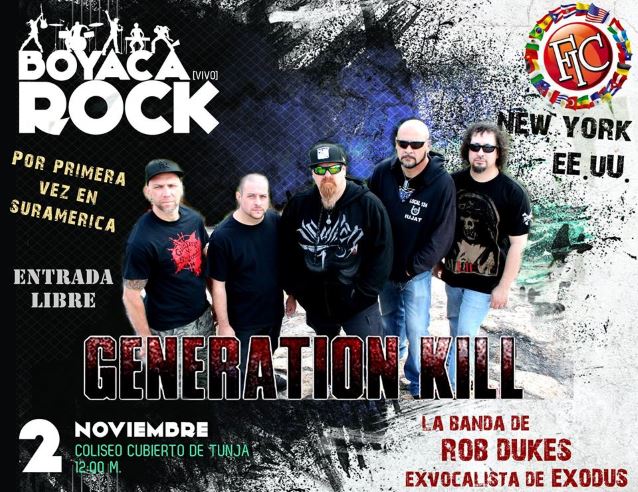 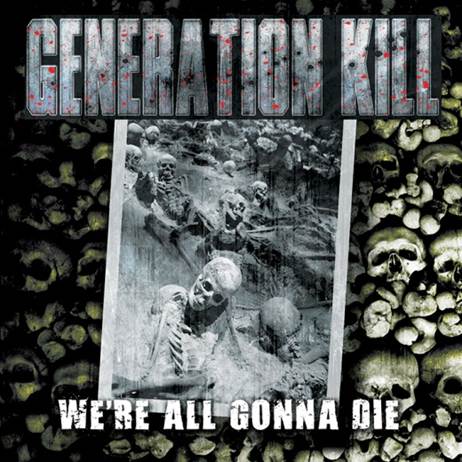