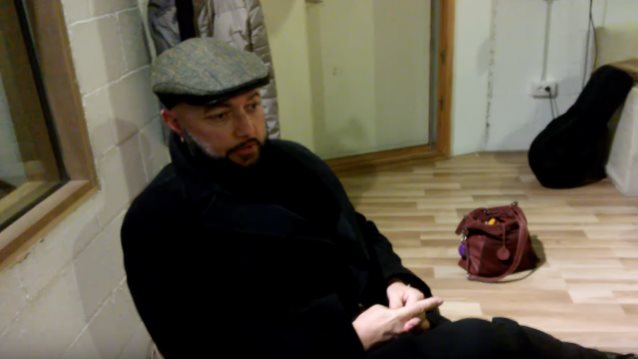 Former QUEENSRŸCHE and current OPERATION: MINDCRIME frontman Geoff Tate was interviewed before his December 11 concert in Rovellasca, Italy. You can now watch the chat below. A couple of excerpts follow (transcribed by BLABBERMOUTH.NET).

On whether there are any people throughout history that he really admires:

Geoff: "There's lots of people. I can't think of anybody offhand that I admire greatly throughout history. I'm in kind of one of those periods of time where I haven't been reading a lot lately. I feel like I need to find a good book. I've been kind of living in the now and seeing what's going on around, and I think I retreat back a little bit and find something inspirational."

On whether there is one dream that he wishes would come true:

Geoff: "Can I have two? [Laughs] Well, I would hope and wish that we could all speak the same language — everyone in the world. I think that would benefit us greatly in our human development. And I also would wish that we could all have similar understanding of how everything works and that everyone could travel and see the whole world rather than just where they come from. 'Cause I think that the more you travel, the more you see the world, the more understanding you have of other people, and the more compassion you have for other people."

"Resurrection", the second album from OPERATION: MINDCRIME, was released on September 23, 2016 via Frontiers Music Srl. The album is the second part of Tate's musical trilogy. 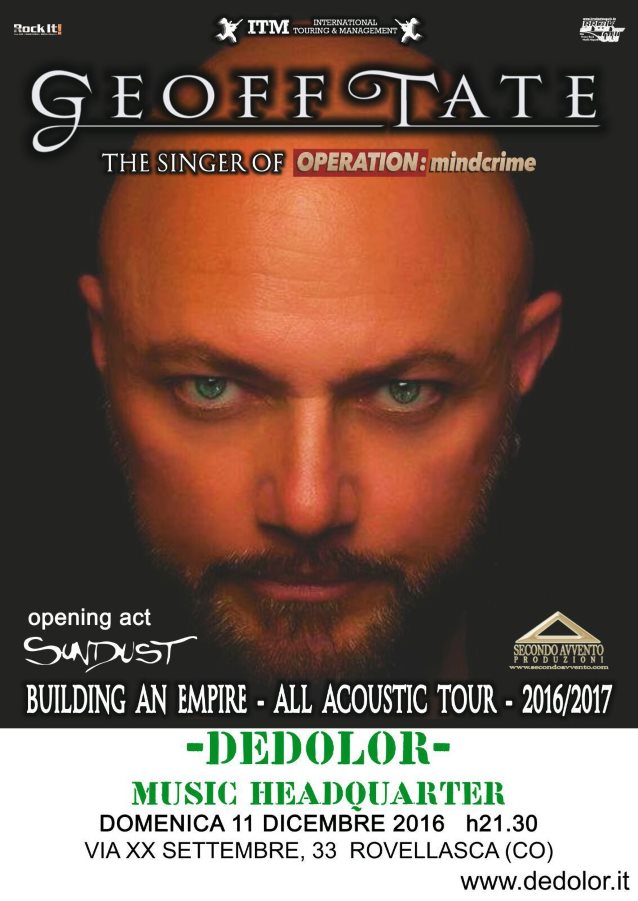