In association with Glasgow-based Shock City Productions, ex-QUEENSRŸCHE frontman Geoff Tate has announced a return to U.K. stages this November with stops including Newcastle, Aberdeen, Evesham and Leeds.

Up-and-coming band TILL DEATH DO US PART, featuring Geoff's daughter Emily on vocals, has been announced as support for all the shows, a full list of which can be seen below.

Only last year, Geoff and his band began an extensive tour of Europe to celebrate the 30th anniversary of the classic QUEENSRŸCHE album "Operation: Mindcrime", with four of the dates completely selling out. This second leg of the tour sees Geoff and his band return to U.K. stages for a very special show in cities that missed out on the 30th-anniversary "Operation: Mindcrime" shows last year.

Far from being put down by the off-stage events, Geoff has re-invented himself with his OPERATION: MINDCRIME bandmates going on to produce three inter-connected albums — "The Key" in 2015, followed by "Resurrection" in 2016 and the final piece of the puzzle, "The New Reality", which was released in 2017. All three albums are part of a concept album trilogy involving virtual currencies, Internet banking and stock trading, and all were met with largely positive reviews. 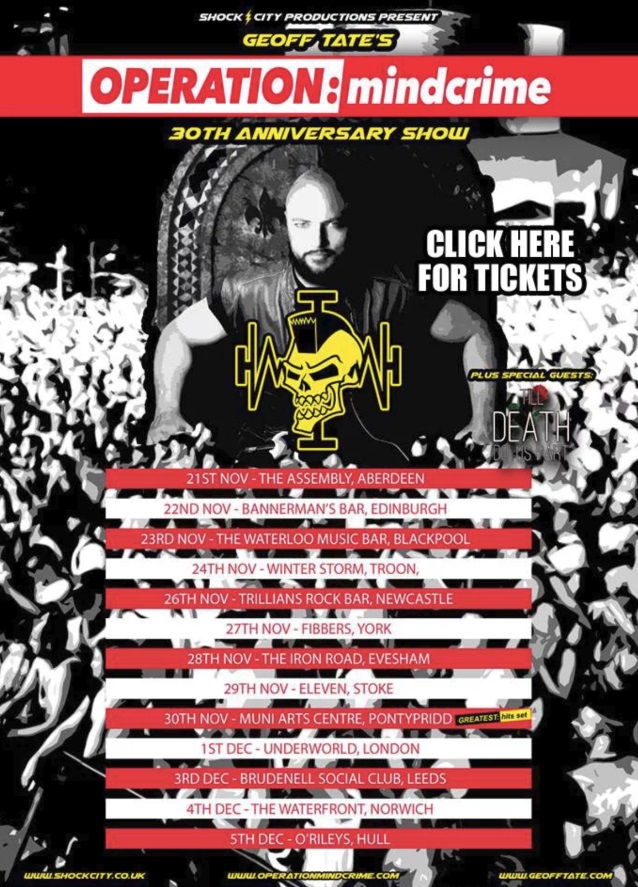