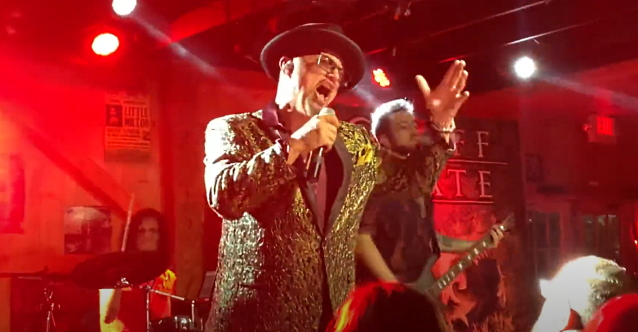 Fan-filmed video footage of Geoff Tate's September 9 performance at Daryl's House restaurant and music club in Pawling, New York can be seen below.

The months ago, the former QUEENSRŸCHE singer announced rescheduled dates for the next European leg of his tour celebrating the 30th anniversary of "Empire" and "Rage For Order" albums.