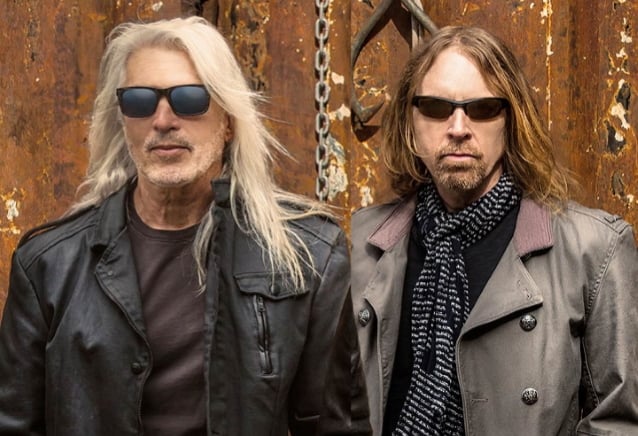 Their musical partnership extends all the way back to 1984 and the release of the now classic sophomore album from DOKKEN, "Tooth And Nail". No wonder then that when guitarist George Lynch and bassist Jeff Pilson get together, not only do the creative sparks fly but the memories come rushing back as well. Following up on the duo's most recent trip down memory lane, a full-length a collection of fresh and invigorating versions of hits from yesteryear, 2020's "Heavy Hitters", Lynch and Pilson have released a brand new single, an original song co-written by both artists that reflects back on all the twists and turns that life can bring.

"It's A Wonderful Life" is simply a gorgeous power ballad that brings out the best in both Lynch and Pilson. Musically, the song has echoes of "Tooth And Nail"'s smash hit single "Alone Again", with a beautiful, chiming acoustic guitar intro that gives way to epic, fist-pumping riffs. But lyrically the song couldn't be more different — instead of regret and sorrow, "It's A Wonderful Life" boasts a surprisingly optimistic and hopeful outlook on a life's journey despite the bouts of doubt and indecision. Since the song borrows its title and refrain from the popular 1946 Frank Capra Christmas classic, it seems only fitting that the single is being released just as this year's holiday season is getting into full swing.

Lynch shares his excitement about the new song, saying: "Jeff and I have been woodshedding and writing songs together for 40 years and we've never lost that enthusiasm and passion that we shared since day one." Pilson likewise proclaims: "We just HAD to write our own Christmas track. No 'Jingle Bells' for us!"

Lynch recently reteamed with Pilson for a set of new studio recordings that turn pop music classics into powerful metal anthems. The follow-up to 2020's "Heavy Hitters", tentatively titled "Heavy Hitters 2", will be released in 2023 via Deadline Music, a subsidiary of Cleopatra Records, Inc.

Earlier this year, Pilson told SW Wall Interviews how the idea for the first "Heavy Hitters" LP came about: "George had done a record and he was re-releasing it through another label, which was Cleopatra Records. And the label wanted to add a bonus song to it, and they wanted him to cover this pop song. So he said 'yes.' And then he called me and said, 'Hey, do you wanna do this with me?' I said, 'Sure.' So we did it. It came out great. We got this guy Wil Martin to sing on the song. It was the song 'Somebody To Love' by Lewis Capaldi. We did that song. It came out great. We kind of rocked it out a little bit, but it was kind of an interesting formula. So the label loved that. And then, as a result, they said, 'How would you like to do a whole record of that?' So we did. So that one came out great."

Regarding how "Heavy Hitters 2" will be different from its predecessor, Pilson said: "It's gonna be a little more of a raw '70s rock band doing these hit songs. We kind of have an interesting take on that. We're going for a little more of an organic thing this time with the band. And then we've got a guy by the name of Bernard Fowler doing the singing, who's absolutely wonderful — great, great singer. He's the background singer for THE ROLLING STONES — that little unknown band. A great guy, great singer. So I'm really looking forward to that."

Asked how he and George pick what songs to cover, Jeff said: "We just made this huge list and then whittled it down, played around with 'em — which one feels right. What can we get out of this one? Can we do something interesting to this? And just kind of go by instinct."

Lynch confirmed to Tone-Talk that "Heavy Hitters 2" will contain 11 songs, including a cover of Sam Smith's "Stay With Me" and "an original Christmas song," presumably referring to "It's A Wonderful Life".

"Heavy Hitters" featured guest appearances by BULLETBOYS' Marq Torien, FISHBONE's Angelo Moore, EARSHOT's Wil Martin and the aforementioned Brian Tichy (WHITESNAKE, OZZY OSBOURNE). The effort contained Lynch and Pilson's renditions of Rufus and Chaka Khan's "You Got The Love", Carole King's "I Feel The Earth", DURAN DURAN's "Ordinary World", Madonna's "Music", ONEREPUBLIC and Timbaland's "Apologize", Martha Reeves and THE VANDELLAS' "Nowhere To Run", Prince's "Kiss", R.E.M.'s "It's The End Of The World As We Know It (And I Feel Fine)" and OASIS's "Champagne Supernova", among others.

Two years ago, George and Jeff's former bandmate in DOKKENDon Dokken criticized "Heavy Hitters" during an appearance on "The Classic Metal Show". After co-host Chris Akin named some of the songs which were reimagined by Pilson and Lynch, Don said: "But those are not heavy hitters. No offense, they are good songs, but those are vanilla tunes. [Sings 'It's The End Of The World As We Know It (And I Feel Fine)'] Did they rock 'em up or put some shredding guitar solos [in them]?

"They must be really bored," Dokken continued. "But, you know, everybody's got their mantra; everybody's got their financial things, I guess. If a record company is willing to give you money to put out pablum, then put out the pablum. But I hope my standards as a songwriter are a little higher than that. If I'm gonna do a remake, I'm gonna do something that was super cool, like 'Paint It Black' by THE [ROLLING] STONES or 'Revolution' by THE BEATLES or something that's awesome and do something like that. I'm not gonna do Carole King."

A few weeks later, Pilson responded to Dokken's comments during an interview with the "Rock 'N' Roll Icons With Bode James" podcast. He said: "First, let me give Don his due here. I'm sure he didn't hear it, and honestly, I'm not really concerned if he does or doesn't. But having not heard it, if I saw that list of tunes, I would say, yeah, there's some vanilla tunes in there. So that critique of his is true. The whole idea was to take tunes like that and make them cool, which I believe we did.

"I don't wanna go into Don's mind right now," he continued. "Yeah, I know him really well, and, yeah, I have an opinion of his modus operandi and what he's thinking. Let's put it this way: I wouldn't expect Don to say something nice about somebody he views as competition. I don't view him as competition. We're all musicians trying to do our thing. So I'm not gonna second-guess Don or try and get into his mind, 'cause I still love the guy — I really do. But he's always been like that; he will always critique things. That's his thing. That's fine. I wasn't so flattering of some of his DOKKEN records that he's done in the last [couple of decades]."

He added: "I still love Don, but I'm not doing this to please Don. [Laughs]" 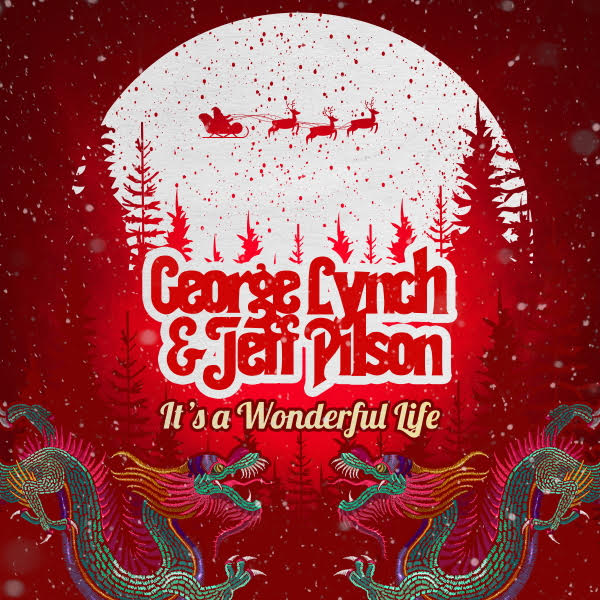