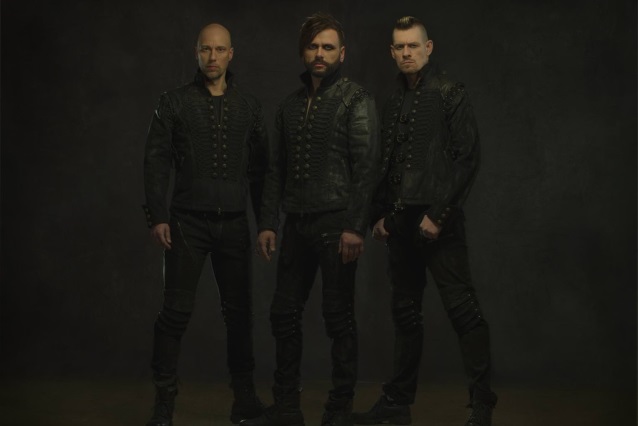 German rock pioneers OOMPH! have inked a deal with Napalm Records. The band is currently working on a new studio album, to be released in 2019.

Since its formation in 1990, OOMPH! has been a leader in the scene and has created its very own version of hard rock music. Along its journey, the band was never afraid of fusing any influences. This courage was rewarded by creating the group's own niche between metal, industrial, EBM and gothic. They have shaped a new musical genre in Germany with bands such as RAMMSTEIN, who have cited OOMPH! as one of its influences.

Gold and platinum awards, international chart entries, the #1 single "Augen Auf!" are just a few examples of their remarkable success. For OOMPH!, being on top of German rock music is the result of lots of hard work and fearless creativity. Now they have found a strong partner in Napalm.

OOMPH! comments: "Right between both of our last tours in Russia and Europe, we started to gather new ideas for our upcoming 13th studio album! With these first new songs, we contacted various record labels and were able to choose from eight very promising offers in the end!

"We are extremely happy to have found in Napalm Records a strong and broad partner worldwide, who has worked extremely successfully in all different areas of rock and metal with their artists in recent years. Napalm Records offers exactly the right prerequisites for our next steps and we look forward to a long-term collaboration!"

Added Thomas Caser, CEO of Napalm Records: "With OOMPH!, we proudly present one of the most exciting and influential German rock bands as a brand new signing on Napalm Records! We are very much looking forward to a successful future with the band!"