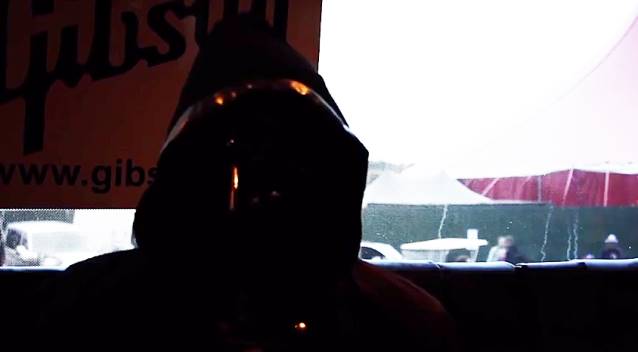 GHOST Shrugs Off NERGAL's PAPA Photo 'Leak': 'At Some Point It's Bound To Happen'

Swedish occult rockers GHOST, who go to great lengths to keep the identities of their bandmembers a secret, have commented on the recent release of a photo that appeared to show the band's frontman Papa Emeritus II (believed to be Swedish musician Tobias Forge of MAGNA CARTA CARTEL, REPUGNANT and SUBVISION) without his trademark makeup posing backstage at a Dutch festival with BEHEMOTH's Adam "Nergal" Darski.

Speaking to Jägermeister at this weekend's Sonisphere festival in the U.K., one of the Nameless Ghouls from GHOST said (see video below): "Adam from BEHEMOTH [who posted the photo in question on his Instagram account] is a really, really nice guy; we only have good things to say about him, and we hope [he feels] the same way [about us]."

He continued: "I mean, it's… We don't really know what to say about that except for we keep our identities as secret as we possibly can, of course, but at some point it's bound to happen, some things that are not really optimal for us, of course. But the identity part is always gonna be, for as long as can take it, it's gonna be a hassle in many ways, and I think we have managed to keep it below the radar, for the most part, at least."

The Nameless Ghoul also reaffirmed GHOST's plans to put on highly theatrical performances where the members of the group dress in hooded robes with Papa Emeritus II decked out like a skeleton wearing a Pope's cap. "We're not ever gonna do it without the church and without the clothes and without the robes, because that wouldn't be GHOST anymore — that would be something else, and that's not what we're here to do," he said.

According to the Nameless Ghoul, GHOST is putting the finishing touches on the material for its next studio album, which will follow 2013's "Infestissumam" and the covers EP "If You Have Ghost".

"Obviously, we have plans for pretty much everything," he said. "We are a very strictly planning band in that sense, that we have contingencies for basically everything. But I can say as much as there is a plan for everything, but at this point, there's still a long way to go." 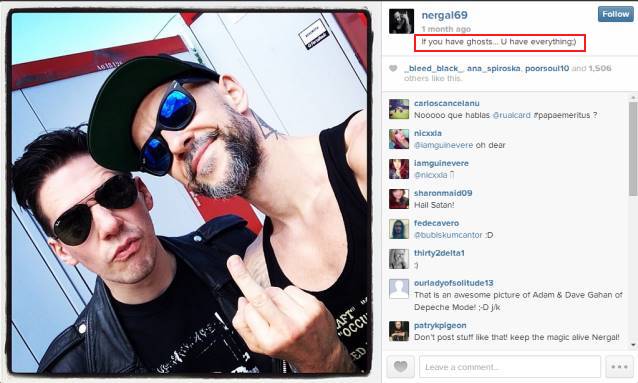