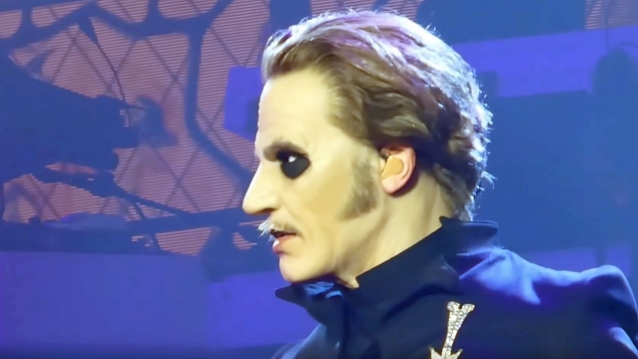 GHOST returned to Milwaukee last night (October 31) to honor its fan who passed away this past spring after attending one of the band's shows.

The Swedish metal act's sold-out concert at the Riverside Theater on May 31 came to an abrupt and tragic end when fan Jeff Fortune collapsed at the venue, and died that evening.

For the October 31 show, a special shirt, featuring an illustration of GHOST frontman Cardinal Copia and Fortune wearing Michael Myers costumes from "Halloween", was sold at the Riverside Theater, with all proceeds being donated to Fortune's family.

GHOST mastermind Tobias Forge, who fronts the band as a character known as Cardinal Copia, took an opportunity during last night's concert to address the reason for the makeup show. Video footage of his brief speech, which happened before GHOST launched into the song "Faith", can be seen below (video courtesy of Patrick Doland).

The Milwaukee County Medical Examiner's Office told CBS 58 and Fox6 News that the 52-year-old Fortune had a history of heart problems and died of probable cardiac arrest.

The incident occurred just as the band had announced an intermission at the 2,500-capacity Riverside Theater around 9:15 p.m.

After a man in the pit fell to the ground, security was flagged and CPR was administered for at least 20 minutes. Approximately a half hour later, it was announced that the show was canceled. Staff at the Riverside reportedly told fans the show was cut short because of a "terrible tragedy."

One fan who attended the concert told CBS 58 that the Riverside Theater staff were giving them mixed directions. They also reportedly wouldn't allow a registered nurse in the crowd to come through and give CPR to the man before paramedics arrived.

"The security guards were telling everyone to move one way and then move another way. It was a very stressful situation," the fan said.

The Riverside Theater refused to speak with CBS 58 about how the situation was handled but issued a statement saying they were "saddened by the tragedy" and sent condolences to the family.

GHOST is continuing to tour in support of its new album, "Prequelle", which was released in June. 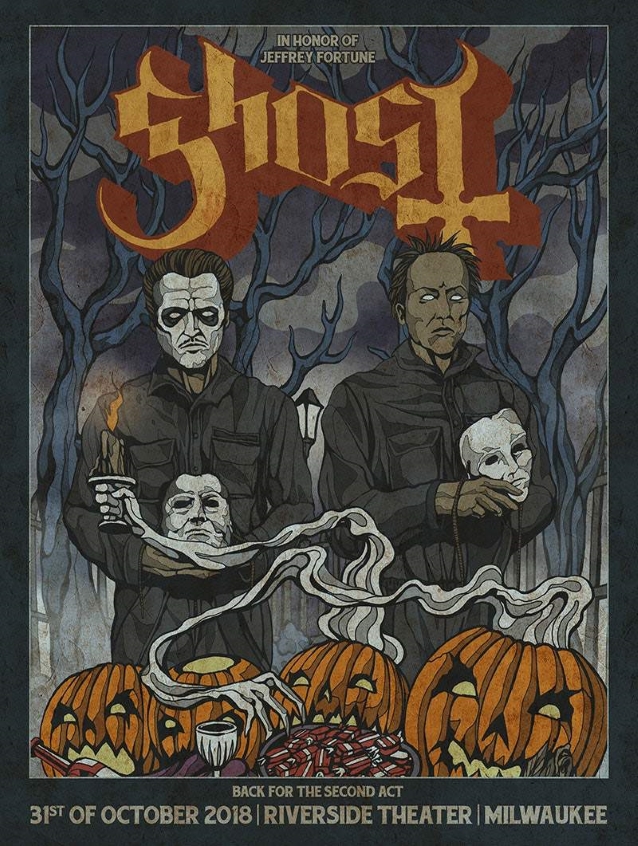