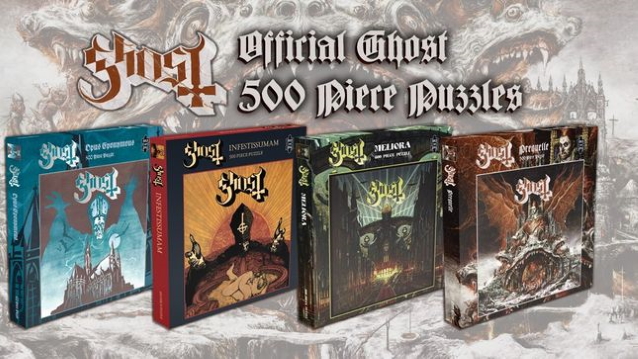 GHOST Jigsaw Puzzles Due In March

U.K.'s Zee Productions will release the classic GHOST album covers as 500-piece jigsaws. "Opus Eponymous", "Infestissumam", "Meliora" and "Prequelle" will be made available on March 13.

All puzzles come in a vinyl-box-set-sized box, perfect to fit alongside your vinyl collection.

The artwork from each of these legendary albums is now available as a 500-piece jigsaw puzzle printed on high-quality board.

Also released in September were the first four classic METALLICA album covers as 500-piece jigsaws ("Kill 'Em All", "Ride The Lightning", "Master Of Puppets" and "…And Justice For All") as well as four classic RUSH album covers ("Fly By Night", "A Farewell To Kings", "Permanent Waves" and "Moving Pictures"). 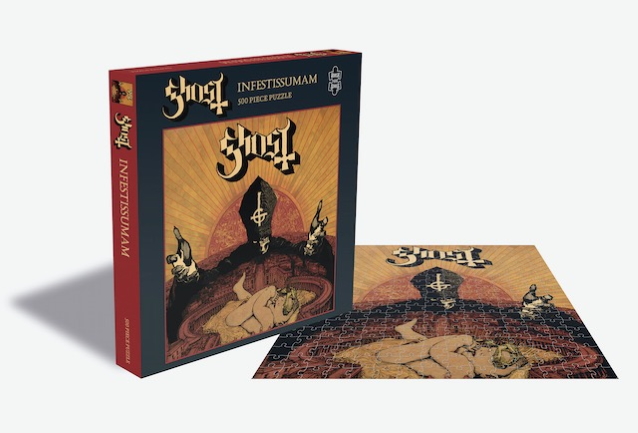 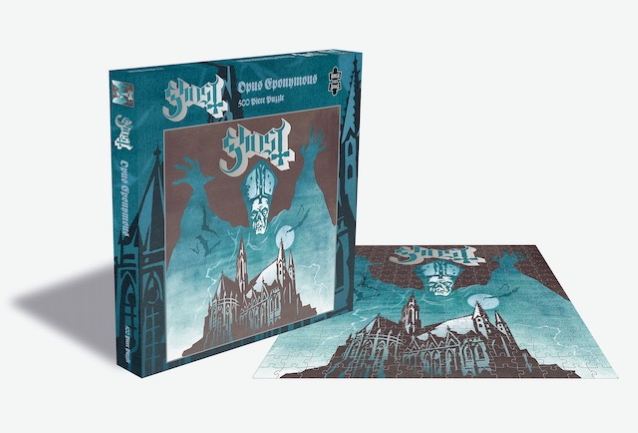 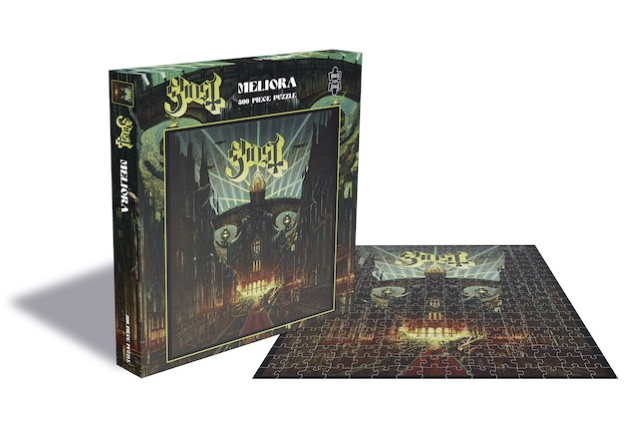 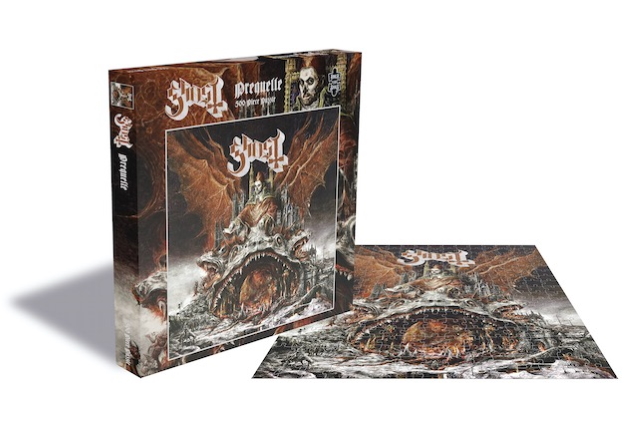