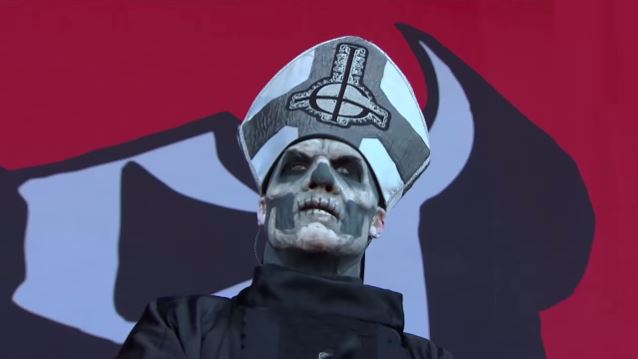 Swedish occult rockers GHOST will release their third album, "Meliora", on August 21 via Loma Vista Recordings. The follow-up to 2013's "Infestissumam" was helmed by Klas Åhlund, a prolific songwriter, producer and guitarist who is also a member of the Swedish rock band TEDDYBEARS, and was mixed by Andy Wallace (SLAYER, NIRVANA, SEPULTURA, LINKIN PARK, GUNS N' ROSES).

The album's first single, "Cirice", is tentatively due at the end of May or in early June.