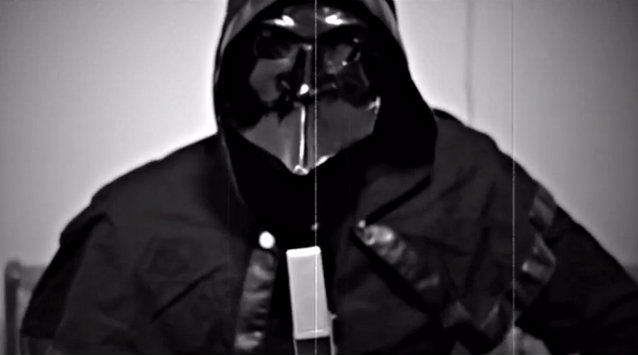 GHOST's Nameless Ghoul: 'Our Intent Was To Create A Highly Theatrical Band'

Tom Valcanis of Australian Hysteria magazine recently conducted an interview with a Nameless Ghoul from Swedish occult rockers GHOST. A couple of excerpts from the chat follow below.

Australian Hysteria: Black metal for instance has a discount store theatre to it, with costumes and stage names and what have you. You guys take the Alice Cooper shocking-apron-wearing-mothers-into-fainting thing beyond the limit. Where does the theatre come from in your musical upbringing?

Nameless Ghoul: GHOST derives from a very fanboy point of view. It's a combination of all those big dinosaur rock phenomenons. It comes from a profound fascination with underground death and black metal. Thrash metal, too. The darker elements of GHOST come from the early '90s black metal scene. We picked up a lot of those aesthetics. I was brought up in that underground. The clandestine aspect comes from bands like MAYHEM or SARCÓFAGO or say, DEVIL DOLL.

Australian Hysteria: Is that what GHOST is all about? Stealing back mystery from the Internet?

Nameless Ghoul: I think so. All of those pre-Internet elements colored a lot of my thinking. Back then you couldn't find anything about these bands. You may have seen four pictures of them. You knew very little about them. That experience and that background is how I want people to regard GHOST. We don't want GHOST to be obvious. Even though we were brought up on all those bands and were influenced by them, we're not a tribute band.

Australian Hysteria: Five years after forming, you're getting praise from not only the metal world but the rock and pop world. Dave Grohl [FOO FIGHTERS, NIRVANA] produced that covers EP. Was this ever part of GHOST's vision?

Nameless Ghoul: No, it's attention you can never plan for. Our intent was to create a highly theatrical band. Something that had slightly more theatre than rock 'n' roll. Our intention is still to move way more into theatre. With that said, it goes hand in hand with being commercially successful. In order to pull off a big production, you have to attract X amount of people. It's always been our intention to accumulate crowds. It's a very diffuse term, though. [pauses for thought] I mean, if we wanted to do whatever it takes, we'd never sing about Satan.