Glenn Danzig was in Portland, Oregon on August 25 filming an episode of IFC's "Portlandia" with the show's creators, writers and stars Fred Armisen and Carrie Brownstein.

In a brand new interview with RollingStone.com, Brownstein stated about Danzig's appearance on the program: "He was amazing. We've had a lot of guest stars on the show, including people that are arguably more famous than Danzig, but I've never seen a collective enthusiasm greater than when we had him on set. He's really smart, and very Jersey — and he can make fun of himself, which is one of the most endearing qualities for anyone in this day and age of incessant narcissism and solipsism."

Glenn previously said about his involvement with "Portlandia": "Fred and Carrie are fantastic. I had a blast! Thanks to them and their whole team. [They are] another reason, along with Voodoo Doughnut and Powell's bookstore, that I dig Portland."

Glenn has signed his copy of the script, which Fred and Carrie also graciously signed for him, and will be auctioning it off, with all proceeds going to The Humane Society. 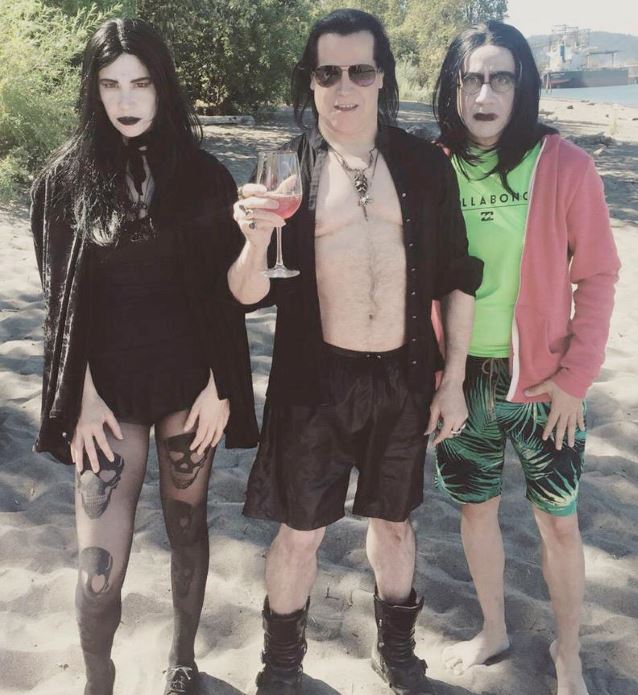