GLENN DANZIG: 'Hidden Lyrics Of The Left Hand Volume II' Due In August

The second collection of lyrics of Glenn Danzig songs from DANZIG, SAMHAIN and the MISFITS will be released as "Hidden Lyrics Of The Left Hand Volume II", featuring illustrations by long-time Danzig and Verotik collaborator Simon Bisley.

The book, which will be available in August, can be ordered at your local comic or indie record shop, or from the Verotik-World eBay store.

The first volume of "Hidden Lyrics Of The Left Hand" book with illustrations by Bisley came out in 2010. The book was meant to appease every Danzig fan who was dying to know the lyrics to all the DANZIG, MISFITS and SAMHAIN songs — tracks that never had their "dark verses" printed.

Bisley has painted many album covers for Danzig, including the latest CD, 2017's "Black Laden Crown".

As previously reported, Glenn Danzig and his band will perform DANZIG's 1992 album, "Danzig III: How The Gods Kill", live in its entirety exclusively at this year's Psycho Las Vegas festival, set to take place August 17-19 at Hard Rock Hotel & Casino in Las Vegas, Nevada. It will mark the only time "Danzig III" will be played in full in the U.S. this year.

Glenn previously played "How The Gods Kill" live at Riot Fest and his own Blackest Of The Black festival last year.

Glenn will also celebrate DANZIG's 30th anniversary this year by playing a limited number of special shows in Europe in August.

The run begins August 2 at Wacken Open Air, where DANZIG will headline one of the main stages, and includes stops in the U.K., Germany, Luxembourg and Czech Republic. DANZIG will complete the tour with a headlining performance at Brutal Assault festival on August 11 in Jaromer, Czech Republic. 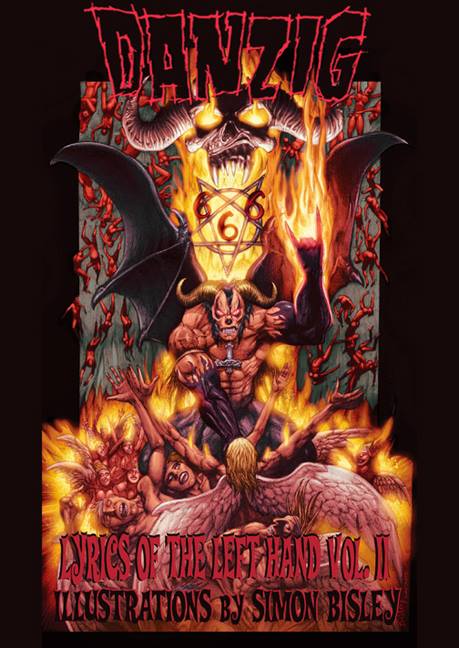