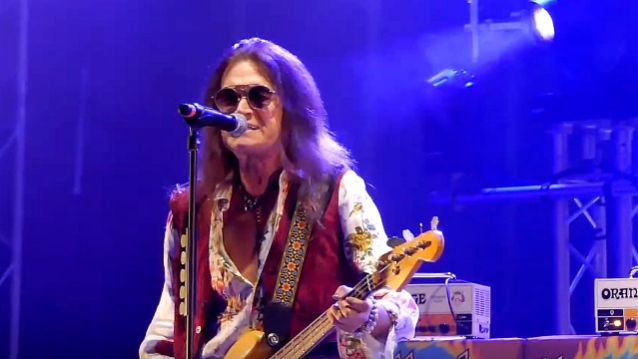 Metal Addiction has uploaded video footage of Glenn Hughes's September 14 performance at Raismes Fest in Raismes, France. Check it out below.

Hughes recently told Guitar Interactive magazine that there are no plans for him to record a new solo album anytime soon. "I don't see it happening for a while, because I'm so busy touring," he said. "And it's not like I don't wanna do a record. I don't think it's the right time right now."

Hughes spent key years of his career as the beloved bassist and vocalist of DEEP PURPLE, appearing on the classic albums "Burn", "Stormbringer" and "Come Taste the Band". More recently, he has been playing various hits and deep cuts from the DEEP PURPLE catalog, including "Burn", "Stormbringer", "Sail Away" and "Smoke On The Water", as part of his "Glenn Hughes Performs Classic Deep Purple Live" tour, which was launched in 2017.