Vocalist Fernando Garcia (GODIVA, ex-VICTORY) and members of BARON ROJO and DARKMOOR are among the musicians who are featured on the first Spanish rock opera "Legado De Una Tragedia". The album, which features a "who's who" of the Hispanic rock scene, is a rock opera divided into two acts — Twilight and Sunset — based on the life and work of American writer Edgar Allan Poe. The CD features 17 songs and contributions by over 50 musicians from such bands as STRAVAGANZZA, MAGO DE OZ, SARATOGA, WARCRY, OBUS, ÑU, RATA BLANCA and IGUANA TANGO.

"Legado De Una Tragedia" was conceived, composed, arranged, produced and recorded by Jacobo Garcia and Joaquin Padilla. The idea for the CD was developed at the end of 2004 in the wake of several rock operas produced in that era where the philosophy was based on a true gathering of all-star musicians in the rock scene around a conceptual history. Joaquin Padilla and Jacobo Garcia began to sketch the idea of conducting a similar project, a conceptual piece that gathers for the first time the largest possible number of national and international Hispanic speaking musicians in a pioneering project. 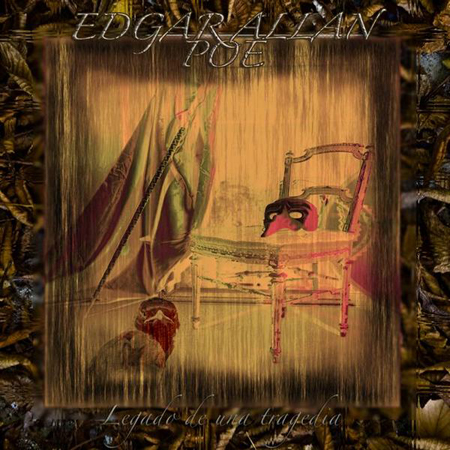