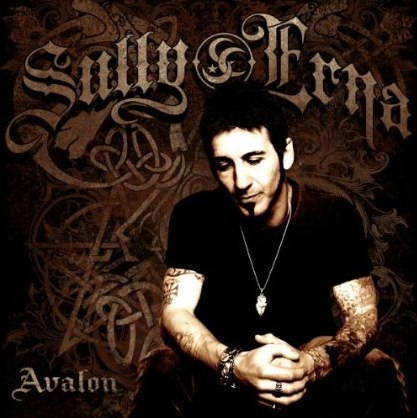 According to The Pulse Of Radio, GODSMACK frontman Sully Erna will head out on his first solo tour in May and June of this year, with dates and venues yet to be announced. The singer will play in small, intimate venues to support his first solo disc, "Avalon". Erna told The Pulse Of Radio what kind of presentation he's planning. "I'd like to kind of keep it a bit more intimate and let people feel close to the project, just the way everything else starts," he said. "This is more of a seated kind of show, it's more of a visual show. You know, we're putting together a really cool video package for it and it is eight musicians onstage, and they play a wide variety of different kinds of instruments. Everyone's a multi-instrumentalist, so I think just visually, even just watching the members perform, it's kind of impressive."

"Avalon" came out last September and is very different from GODSMACK's catalog. It features flutes, cellos, hand drums and other exotic instrumentation, along with female vocals. Erna has emphasized that it is "not a rock record."

GODSMACK's latest effort, "The Oracle", came out last spring. The current single is "Saints And Sinners".

GODSMACK and DISTURBED will headline this summer's edition of the Rockstar Energy Drink Mayhem Festival tour, which kicks off on July 9 in San Bernardino, California. Also scheduled to appear are MEGADETH, MACHINE HEAD, IN FLAMES, TRIVIUM, SUICIDE SILENCE, UNEARTH and others.

Sully Erna and New Hampshire singer Lisa Guyer performed acoustically on February 10 at the studios of the Worcester/Boston, Massachusetts radio station WAAF. Video footage of the performance can be viewed below.