GODSMACK's new album, "1000hp" (One Thousand Horsepower),sold around 58,000 copies in the United States in its first week of release to land at position No. 3 on The Billboard 200 chart. The CD arrived in stores on August 5 via Republic.

GODSMACK's first-ever live album, 2012's "Live & Inspired", sold around 16,500 copies in the United States in its first week of release to debut at position No. 19 on The Billboard 200 chart.

GODSMACK frontman Sully Erna told journalist Gary Graff that after taking a break from the band, the quartet found it easy to work together again. "Looking back now, in hindsight, we just needed a break," he said. "That's what it was, and we weren't allowing that before, not long enough. And we kind of were touring so relentlessly that we had to get away from each other, I think. And now the band came back and we started talking and we were in such a strong place. We really missed each other. The love was still there, man. The brotherhood is stronger now than it's ever been. And when it was time to start writing again, y'know, the guys had brought in a batch of songs and I had a batch of songs I'd been working on and we kind of laid it on the table and started carving through them and seeing which ones we were gonna lighten up and which ones were gonna make the cut."

The "1000hp" title track and GODSMACK's first all-new single since 2011 arrived at rock radio stations on June 9. Erna told The Pulse Of Radio how the track came together: "It's one of those songs that surprisingly came out and was written from back to front in, like, an hour. I started putting one thing together with the next, and then Shannon [Larkin, drummer] started jumping in and then we arranged the whole song, and literally within an hour, maybe 90 minutes, this whole song was written and it was one of the last songs that we wrote, and it ended up becoming the first single."

GODSMACK is among the confirmed bands for the 2014 Rockstar Energy Drink Uproar Festival, set to kick off on August 15 in Clarkston, Michigan and run through September 21. 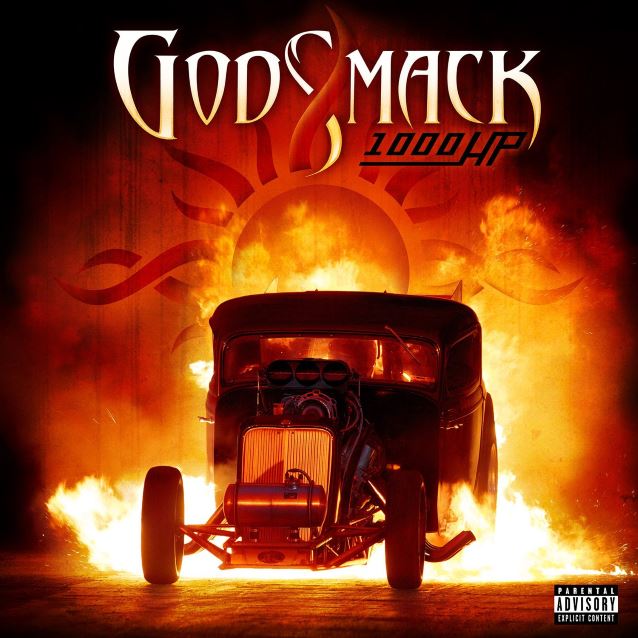