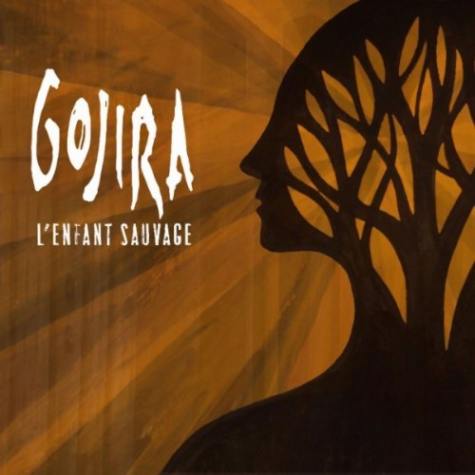 GOJIRA Frontman Talks About The Making Of 'L'Enfant Sauvage'

Niclas Müller-Hansen of Sweden's Metalshrine recently conducted an interview with guitarist/vocalist Joseph Duplantier of French progressive metallers GOJIRA. A couple of excerpts from the chat follow below.

Metalshrine: The idea for the "The Wild Child" [the English-lanugage translation of the new GOJIRA album title, "L'Enfant Sauvage"),where did it come from and is it a wild child as a positive thing or negative?

Duplantier: That's the thing… We couldn't call it "The Wild Child", because it's hard to translate "L'Enfant Sauvage". It's not really the wild child as understood in English, because a wild child for me, has an aspect like someone out of control somehow. "L'Enfant Sauvage" in French… "Sauvage" is something that is not educated or something that is like free and completely free in nature. A wild flower that goes wherever she wants and becomes something beautiful. The idea with "L'Enfant Sauvage" is like with a human that would grow up in nature, raised by wolves, for example, without the influence from others and the influence from institutions or society in general. Without a social security number. [laughs] Not even a name. This is what you are and I am on the inside, right? How much the education and the culture, emotions and the guilt are interacting with us and it changes us and how far are we from this pure child inside? That's the question we had on this album.

Metalshrine: Using a French title, was that the initial idea?

Duplantier: It sounds really good to me.

Metalshrine: Yeah, it sounds a lot better than "Wild Child", which makes you think of W.A.S.P.

Duplantier: Yes, so many things are related to the wild child, like songs and characters and TV shows, whatever. With "L'Enfant Sauvage", there's one big reference and it's an old black-and-white movie. It's a French movie and it's called "L'Enfant Sauvage" by François Truffaut, but it's something that is very common in the French language. To describe someone that is without reference, and I liked that idea. To be honest, that's how I feel most of the time. I don't know how to deal with things, people and stuff, you know. When I'm not the singer in GOJIRA, I'm just someone and I don't know exactly what I am. Now I feel comfortable doing this interview and stuff, but it's hard to know who you are outside of your condition. It's a lot of personal reflection on what am I? Am I free and what is freedom anyway? Maybe I think too much? [laughs]

Metalshrine: Does it become easier writing songs or does it get harder?

Duplantier: It is harder, but I'm way more picky. If I come up with a riff and it's good, it's not good enough. 10 years ago, it was good enough, you know?! A lot of people think that bands in general become lazy, and sometimes it's true, but in our case it's that we work more to make a song because we have more experience and we want to raise the bar higher and higher. We're the same people, but we try to raise the bar. We make that effort to go deeper and deeper. Somehow it's strange, because the music becomes easier to understand and there are less things to understand and it's less technical and stuff. It's not because we want to sell more records, it's just we take things more easy. What we played 10 years ago is not what we wanna hear anymore and we want to create more sophisticated things and more simple at the same time. It's a very complicated balance. With this album, I'm pretty happy and still I cannot grasp what we did and that's the beauty of it. You work so much on every detail and then, "Wait a minute, what is this beast?"

Metalshrine: Writing songs for an album, do you start off thinking "Well, we're gonna make 10 songs and that's it!" When do you say stop and do you say stop, like, "We've got enough." Or do you ever run out of ideas and that's what makes it 10 tracks or whatever?

Duplantier: It's an interesting question, because it was a big thing, actually. We knew that we wanted to make something a little bit shorter than usual, because we think it's too tiring and I had this idea that we need to release a record like "Master Of Puppets", with eight songs. If you listen to it, you want to listen again. It's a good feeling when you've made it to the end of the album and your brain and your emotions can't take it. We have a tendency to add three songs after that and it's a little too much so I was a convinced that we needed to record, like, nine songs. There's an interlude, which makes it 10 and then there's one that we wanted to put on the album so bad, but we pay a lot of attention to that. It's not like we record a lot of songs and we put them all on. It's like cooking. You don't put all the salt in, you just put a little bit of it. It's not just a bunch of songs together, it's a piece. Sometimes we can talk for three months about how this song should be number four or five and we send e-mails to each other and we do another intro to see if it works. It's a very precise balance. The last song on the album was almost not on the album. It was just a couple of weeks before mastering and finally we went, "Well, it goes pretty well at the end." There's a lot of that stuff. A lot of discussions.

Read the entire interview from Metalshrine.