French progressive-extreme metallers GOJIRA performed a brand new song called "Vacuity" during their August 14, 2008 concert at the Rock en France festival at Grand d'Arras in Arras, France (where they supported METALLICA). Watch fan-filmed video footage of the track below.

"Vacuity" comes off GOJIRA's new album, "The Way of All Flesh", which is scheduled for release on October 13 in Europe via Listenable Records and one day later in the U.S. through Prosthetic Records. The cover artwork (see below) was created by Joe Duplantier, who was also responsible for the artwork for GOJIRA's previous album, 2005's "From Mars to Sirius".

Joe Duplantier was the featured guest on the July 13, 2008 edition of Indie 103.1 FM's specialty metal program "Chaos with Full Metal Jackie". The interview is now available for streaming at this location. 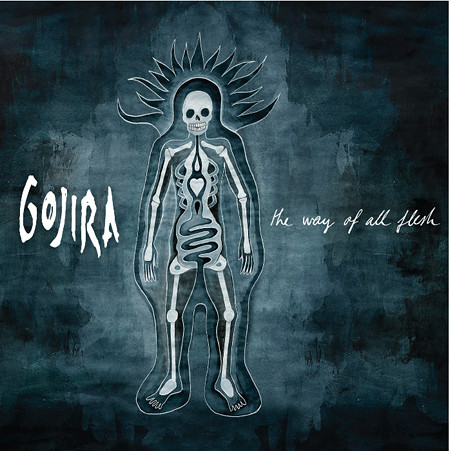