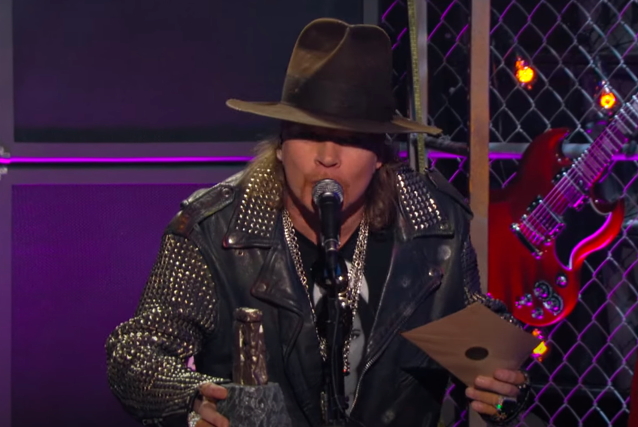 Once billed as "America's first-ever hard rock and heavy metal music award show," the Golden Gods will return in 2021 — contingent on directives and guidelines released by governing and health agencies regarding the novel coronavirus.

According to Variety, the event, which had a six-year run between 2009 and 2014, will be staged by the newly launched production studio Hit Parader, headed up by Ash Avildsen, Josh Bernstein and Matt Pinfield. Golden Gods will offer transparency in the nomination and voting processes, with votes publicly released the day after the show.

Originally affiliated with Revolver magazine, Golden Gods has featured performances by some of the top hard rock and heavy metal artists, including METALLICA, MARILYN MANSON, GUNS N' ROSES and KORN.

Other productions from Hit Parader will include the original scripted series "Paradise City" and music competition TV shows "No Cover" and "Roadie Rage". There will also be a biopic of influential A&R exec Tom Zutaut, who was portrayed by "SNL"'s Pete Davidson in MÖTLEY CRÜE's 2019 Netfilx film "The Dirt".

CEO Avildsen, who is also founder/CEO of independent metal and rock record label Sumerian, told Variety: "We will create, produce and/or acquire original IP. We will then do our best to get that content out to the masses and monetize it every way we can."