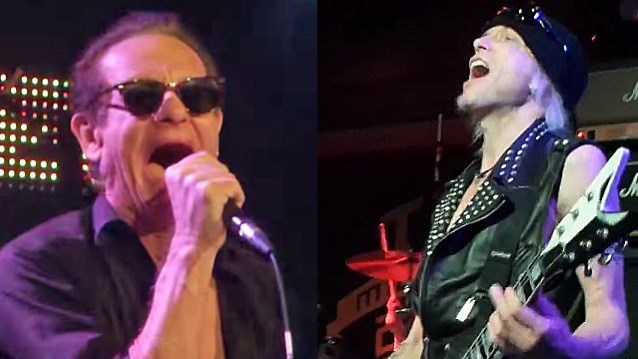 GRAHAM BONNET And MICHAEL SCHENKER To Reunite On Stage In Japan

The GRAHAM BONNET BAND has finalized its touring and recording lineup with the addition of Chase Manhattan on drums.

The band is now comprised of:

The first release from GRAHAM BONNET BAND will be a two-song EP titled "My Kingdom Come", the title track being written by none other than Russ Ballard, who has had a long association with Graham dating back to RAINBOW's "Down To Earth" album (on the track "Since You Been Gone") and Graham's own "Line-Up" solo outing from 1981 ("S.O.S." and "Liar").

Graham says: "It's really great to have Russ contribute a song on our first release as a new band, I have a great history with him, having recorded several of his songs for bands and projects I have been involved in over the years."

The EP, which was mixed and mastered by Alessandro Del Vecchio, will be released in time for GRAHAM BONNET BAND's Japanese tour this coming June with MICHAEL SCHENKER'S TEMPLE OF ROCK.

As a special treat for fans of Graham and Michael's 1982 MSG release "Assault Attack", Graham will be joining Michael's band for a song or two from that album on each date of the tour.

Graham adds: "We know that this record holds a very special place for many fans, especially in Japan , so this will make the debut shows of the new band even more special."

Bookings are coming in for Graham's new band, which will see the group touring extensively over the next year in the U.K., Australia, New Zealand and the USA.

Meanwhile, in May, Graham will be partaking in the "Living Legends Of Rock" tour of the Czech Republic, Russia and the Ukraine, alongside John Lawton (URIAH HEEP) and Dan McCafferty (NAZARETH). 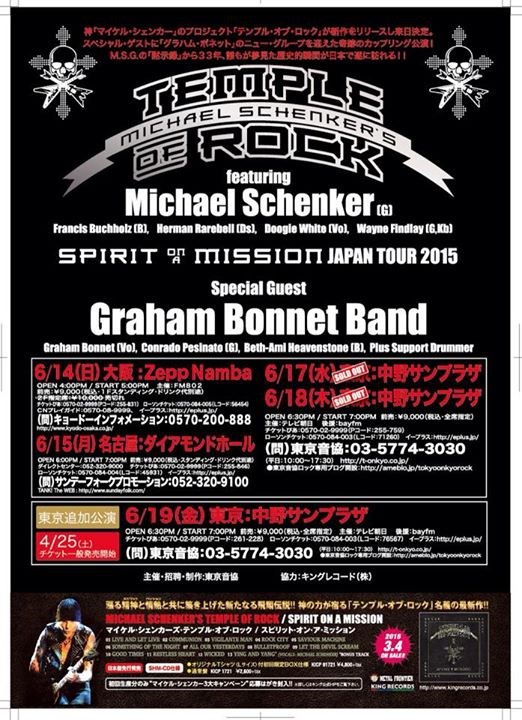