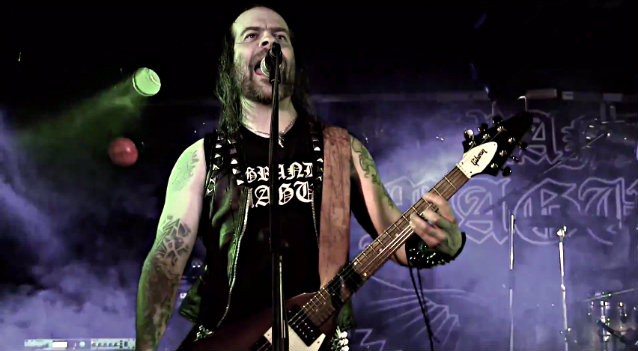 "Steel Versus Steel", the new video from Swedish heavy rockers GRAND MAGUS, can be seen below. The song is taken from the band's seventh album, "Triumph And Power", which registered the following first-week chart positions in Europe:

These are the best chart results ever for GRAND MAGUS in those territories.

"Triumph And Power" was released on January 31 via Nuclear Blast. The follow-up to 2012's "The Hunt" was recorded with producer Nico Elgstrand and engineer Staffan Karlsson (ARCH ENEMY, SPIRITUAL BEGGARS) at Studio Sweetspot in Halmstad.

Commented the band: "Once again we worked with Nico Elgstrand as producer, a tradition that started with 'Hammer Of The North' back in 2010.