German power metallers GRAVE DIGGER will release their new album, "Ballads Of A Hangman", on January 9, 2009 via Austria's Napalm Records. The "Pray" single will precede the album on November 28. The group's frontman Chris Boltendahl states, "We are very happy with the result. I think it is one of the hardest records we ever did."

"Ballads Of A Hangman" track listing:

"Pray", the new video from GRAVE DIGGER, can be viewed below.

Boltendahl previously stated about the band's decision to sign with Napalm, "We have observed the excellent work of the label in the past few years. Napalm did see the writings on the wall and is one of the leading companies, for example, in online promotion and marketing. They elevated older bands like ATROCITY to new heights and established newcomers like ALESTORM. Thus, we are convinced that Napalm will bring out the best in us, and in return we will deliver a masterpiece of German true metal. A storm is coming, the sea is rough, the coxswains are the veterans, only the ship is new and manned by an excellent crew who know their craft."

The band will hit the road again in January 2009, with ALESTORM as direct support.

GRAVE DIGGER's last album, "Liberty or Death", entered the German Media Control chart in January 2007 at position No. 30. This was the second highest chart entry in GRAVE DIGGER's history.

"Liberty or Death" was released in North America on January 30, 2007 via Locomotive Records. 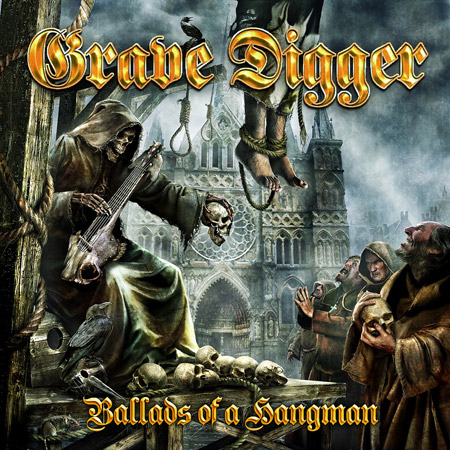