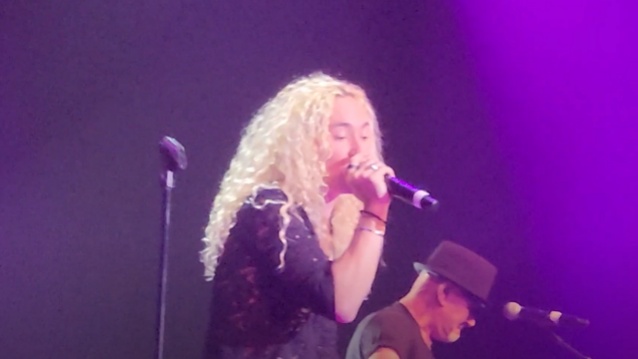 GREAT WHITE recruited Brett Carlisle to front the band for its performance this past Saturday night (September 24) at the Cannery Casino Hotel in Las Vegas, Nevada. Carlisle was filling in for GREAT WHITE's singer of the past few months, Andrew Freeman, who was unable to make the gig due to a scheduling conflict with his other band, LAST IN LINE.

According to Metal Sludge, Carlisle fronts ALL OR NOTHING (AON),a hard rock band out of Birmingham, Alabama. He has been playing guitar and singing since the age of eight and counts bands like VAN HALEN, SKID ROW and METALLICA as his main influences.

ALL OR NOTHING is scheduled to open for GREAT WHITE on October 16 in Lititz, Pennsylvania.

This past May, GREAT WHITE announced that it had parted ways with singer Mitch Malloy and had replaced him with Freeman. Malloy had been in GREAT WHITE for nearly four years, having joined the group in 2018 following the departure of Terry Ilous. Asked in an interview with "Barstools & Bandtalk" if Freeman's addition to GREAT WHITE had been in the works for a long time, guitarist Mark Kendall said: "Not necessarily. Not by design. It seems like everything that happens to us, some freak thing happens. What happened was we played with FOREIGNER up north in California [last October], and our singer at the time [Malloy] had to cancel the gig to go do a VAN HALEN tribute show. [Laughs] So we got Andrew to fill in for that gig. We didn't rehearse or anything; in a hotel room, we went over the songs and he kind of learned them at home. And he blew our minds. He just sang the songs so perfect in that short amount of time that we wanted to know if he was available, 'cause we really liked his vibe. I could read him pretty good right away that he wasn't into any kind of weird head trips or ego or anything like that; he was just straight-forward. He engaged the crowd really good and it seemed totally natural. For a guy going out and singing with GREAT WHITE for the first time ever, and we don't even rehearse, and he's getting the crowd up on their feet. And also not just doing that, but just not scripted just rapping to the crowd. So it wasn't just that arena rap; it was kind of just natural, and I really liked that too. I liked the way he was onstage. So when he told he was available, we went and rehearsed for a couple of days in Vegas, and he blew our minds again. He goes, 'Do you guys still do 'Stick It'?' And I go, 'How would you…?' 'Cause he's younger than us, a little bit. I go, 'How do you know 'Stick It'?' And he's, like, 'Oh, when I was 13, me and my buddy, we used to get these songs on 'Metalshop', and that one was always in the loop.' I go, 'Okay. Let's do 'Stick It'.' So we launched in, did 'Stick It'. He sings it perfect. So it was kind of cool to see all the different sides to his voice. I mean, obviously, LAST IN LINE is straight-ahead kind of metal delivery, but he has some different sides to his voice that I really like. So for us to be able to play 'Stick It' and him hit all the notes, and actually not ditch any notes in our other songs either… And a lot of 'em are kind of geared in a higher range; it's difficult to sing these songs — some of 'em. But he handles it all, and he's really prepared, real professional in that sense too."

Kendall went on to say that interpersonal relationships within GREAT WHITE are smoother now than they have been in a while.

"The vibe within the band, there's no… Everybody's, like — I don't know — just at ease and just enjoying ourselves," he said. "These days, if somebody has some big ego or there's… I told this one journalist, I'm, like, it'd be like you go to a party and you see cocaine, you see blow on the table, and you're going, 'They still have that stuff?' That's how I feel if somebody has a big ego. I go, 'They still do that?' At our age, we're gonna have a big ego or have some kind of head trip or something? I just don't get it. I just like to go out and play hard and play our hearts out and leave all the weird stuff away."

This past June, Freeman discussed his GREAT WHITE gig during an appearance on SiriusXM's "Trunk Nation With Eddie Trunk". Regarding how he approaches singing the classic GREAT WHITE songs originally recorded by the band's founding vocalist Jack Russell, Freeman said: "When I'm playing with GREAT WHITE, that's their thing, and I'm just there to try to do the songs like Jack. If we do original material, great. We're talking about it.

Freeman, who has already played a dozen or so shows so far with GREAT WHITE since he joined the group, continued: "The hits — the 'Once Bitten' [1987] and '...Twice Shy' [1989] and that stuff — they're fun songs to play, but I think if the wrong person is presenting them, they come off like — I don't want anybody to get mad at me — they come off like a lesser, more glammy type of band. And I've never seen GREAT WHITE as that, as a glammy-type band. Everybody had the big hair; even Ozzy [Osbourne] had the big hair and the glitter and all that stuff… I never really saw them as that. I always see them as… when everybody was in the leather pants and the leather jackets and the cuts over the leather jackets with their band name on the back and stuff — that's how I see 'em. I see Jack… Even now when I see him on the road, 'cause I've done gigs with him — he doesn't know me from Adam — but he still seems like that guy [who's] gonna hit you with his cane. [Laughs]"

In a recent interview with Dr. Music, Mark stated about Mitch's departure: "We were going in separate ways in the sense that he was always by himself; he didn't really talk to us much. He just kind of showed up… That's just not the way a band works, as far as we're concerned. He's a wonderful singer. I don't think he's used to him not being in full control of everything because he's been a solo artist for so many years. He's a sweet guy. I really liked him. I think a few of our songs are a little out of his range, so it's a little bit of a struggle. But nothing real heavy — no big, huge fights. Nothing ever came to fisticuffs, if you will. [Laughs] So it wasn't a case of that." 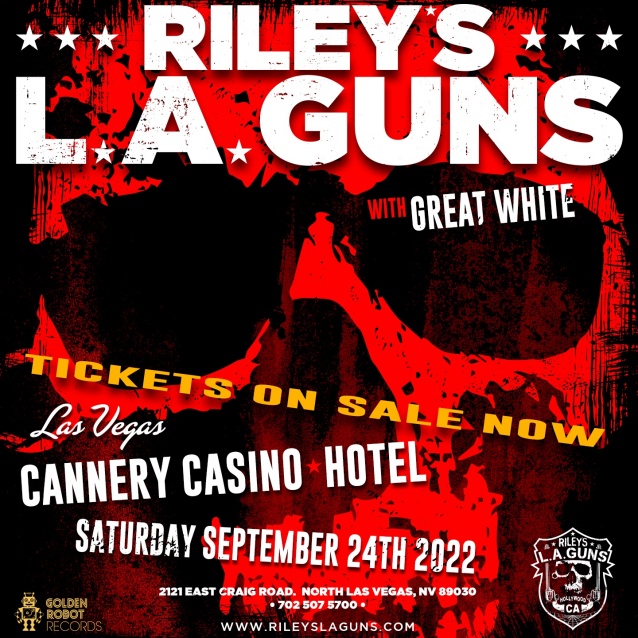