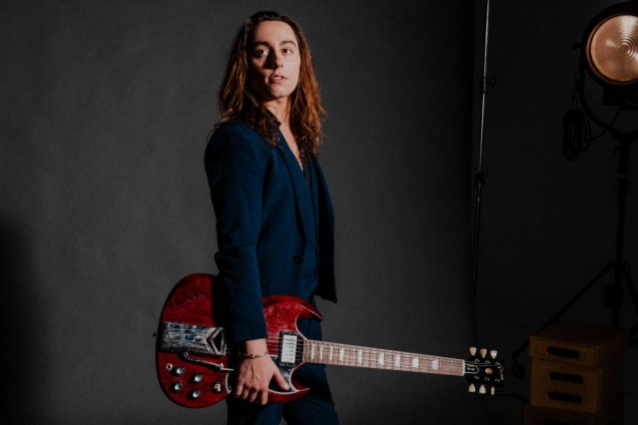 The band shared the news of the musician's diagnosis earlier today on social media following yesterday's announcement that it was postponing its remaining two Michigan concerts on the "Dreams In Gold" world tour.

GRETA VAN FLEET postponed last night's Flint concert and tonight's Ypsilanti show after revealing that Jake and singer Josh Kiszka had woken up with a non-COVID-related illness. The band later issued an update, saying that while Josh has mostly recovered, Jake Kiszka's condition has worsened to the point he had to be hospitalized.

"Jake's diagnosis is more complex," GRETA VAN FLEET said in a statement. "What started as a small cough on Tuesday rapidly progressed overnight requiring his admission to the hospital yesterday. The last 24 hours have been arduous as doctors were unsure of the exact illness. Fortunately, after further evaluation, they are confident in their diagnosis of pneumonia and an optimal course of treatment has been determined."

The group has now also postponed Saturday's concert in Huntington, West Virginia until August 10. The Flint gig will take place on September 13 and Ypsilanti on September 13.

The band supported METALLICA on February 25 in Las Vegas and recently announced two additional dates with the California metal giants.

GRETA VAN FLEET will be joined by a host of acclaimed artists on their fall tour, including THE PRETTY RECKLESS, HOUNDMOUTH, DURAND JONES & THE INDICATIONS, FRUIT BATS, Robert Finley, CROWN LANDS and Hannah Wicklund.