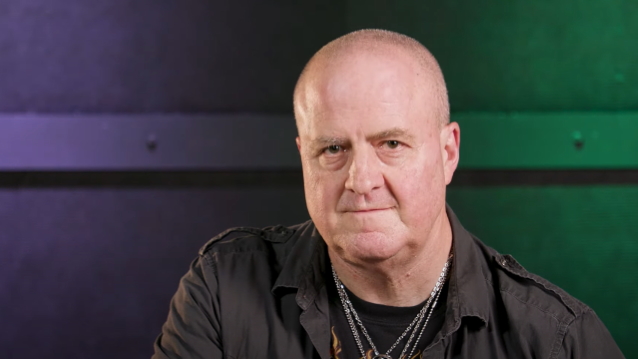 In a new interview with "Waste Some Time With Jason Green", former GRIM REAPER guitarist Nick Bowcott recalled how he nearly tried out for a fellow New Wave Of British Heavy Metal band more than four decades ago. "I actually applied for the IRON MAIDEN [guitarist slot]," he said (as transcribed by BLABBERMOUTH.NET). "I went to see IRON MAIDEN [when they were still] unsigned. And when they advertised for a guitar player [in 1979], I sent — I think I sent [GRIM REAPER's] demo tape called 'Bleed 'Em Dry', which is gonna be released by a label very shortly, 'cause we found some okay versions of the cassette and we remastered it. And I've still got the letter from IRON MAIDEN which was handwritten with a rubber stamp, saying, 'Hey, thanks for the application. The position is already filled.' And it went to Dennis Stratton. And I kept that letter."

He continued: "It's funny, all those years later, I'm friends with [IRON MAIDEN drummer] Nicko McBrain, and I haven't shown him that letter yet, but I found it recently, and so I posted it on Facebook, just 'cause I thought it was funny."

Stratton was a member of MAIDEN for less than a year, but he nonetheless made a vital contribution to the band's classic first album.

In recent years, Bowcott has worked at Marshall amps (for over two decades) and Jackson/Charvel/EVH in the marketing and artist relations departments. He's also had several books published, including ones co-written with METALLICA's Kirk Hammett and the late PANTERA guitarist "Dimebag" Darrell Abbott. He now works for Sweetwater as a writer and videomaker.

Bowcott's GRIM REAPER bandmate Steve Grimmett (vocals) has spent the last decade and a half fronting STEVE GRIMMETT'S GRIM REAPER, with which he has released one EP, "Alive And Kicking" (2011) and two full-length albums, "Walking In The Shadows" (2016) and "At The Gates" (2019).

In 2014, Bowcott joined STEVE GRIMMETT'S GRIM REAPER on stage, marking the first time Steve and Nick performed together in more than 25 years. 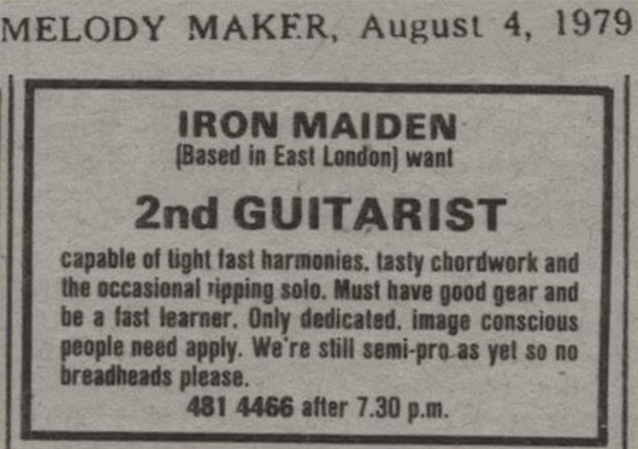 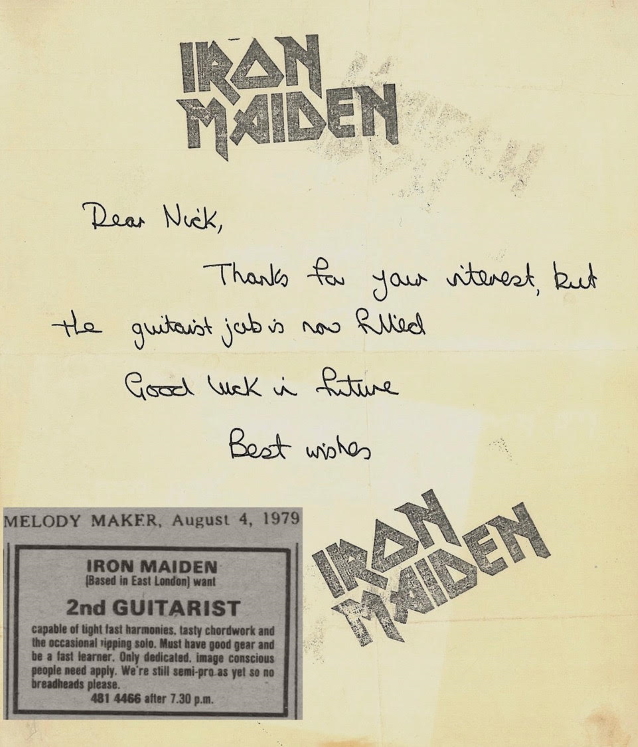