Due to high demand, GUNS N' ROSES has added a second show in London to its recently announced European tour. The new London date at Tottenham Hotspur Stadium is scheduled for May 30 — one day after the previously announced concert at the same venue.

A statement about the U.K. shows reads: "The event marks the first live music concert to be staged at Tottenham Hotspur Stadium since the venue opened in April this year and the two nights will be the only dates that the band will be performing their enormous and beloved catalogue of hits in the U.K."

Tickets are on sale now through Live Nation.

GUNS N' ROSES' "Not In This Lifetime" tour, which began three and a half years ago, recently became the No. 3 highest-grossing tour in the history of Billboard Boxscore.

About 70 people travel with the "Not In This Lifetime" show in addition to the truck drivers; that number goes upwards of five hundred, including the local workers, by show date once catering, security, etc. are factored in, according to the GN'R tour's production manager, Dale "Opie" Skjerseth.

The band is now reportedly going to work on a new studio album — the first under the GUNS banner since 2008's "Chinese Democracy" and the first to feature Rose, Slash and McKagan since 1993. 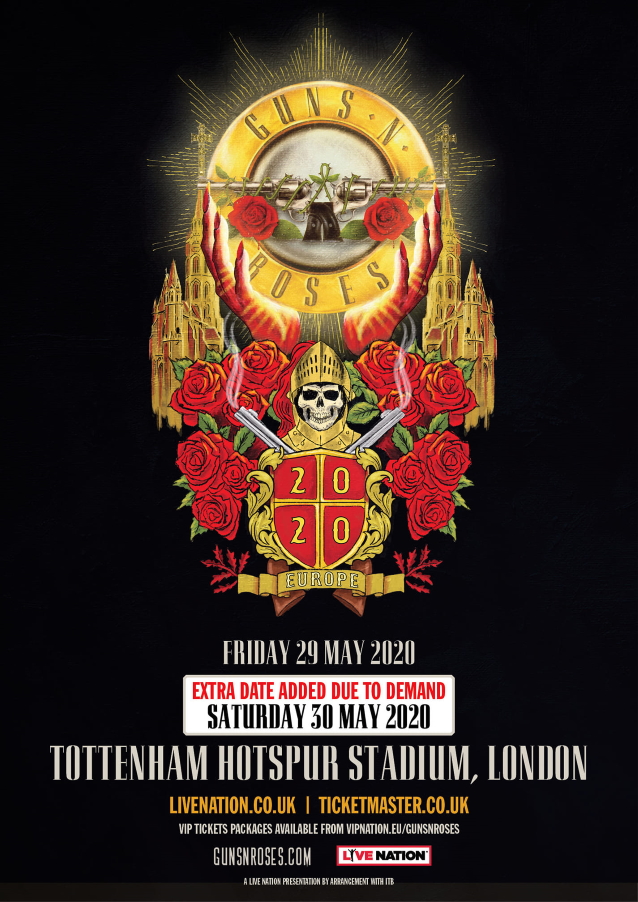