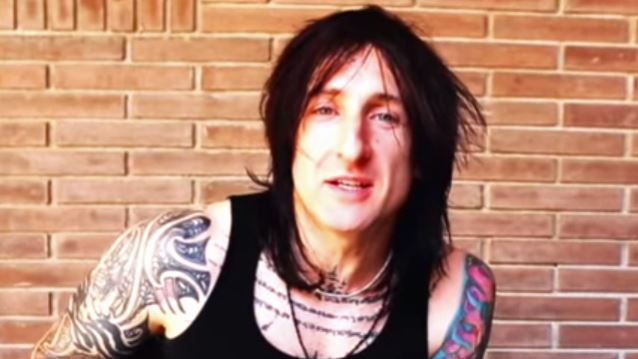 GUNS N' ROSES guitarist Richard Fortus will miss the upcoming Australian tour from his other band THE DEAD DAISIES due to what has been described as "a bit of a motorcycle accident."

Explained Fortus in a statement: "On September 17, 2015, I was involved in a motorcycle accident. As a result, I broke my shoulder blade, collar bone, six ribs, a toe, I have a bruised lung, lacerated liver and a concussion. Amazingly, my doctors have assured me that I will make a full recovery.

"I have never missed a show in my entire career, and, unfortunately, I will have to miss the entire Australian and New Zealand leg of this tour.

"I am devastated that I will not be able to play for the Australian and New Zealand fans who have been so supportive and loyal.

"I am healing quickly and getting stronger by the day.

"I'm looking forward to rejoining the DAISIES for the Kiss Kruise as well as the WHITESNAKE tour and our own tour of the U.K. and France.

"I'd like to thank everyone for their well-wishes and can't wait to be back in Australia very soon."

Fortus's replacement for THE DEAD DAISIES' Australian dates, which will see them supporting KISS, will be Richard Leslie, who stated about the task: "Richard Fortus is an amazing guitar player and I'm really thrilled to be asked to cover for him. I am going to have to pack an extra bag of socks, because his are extremely big shoes to fill!"

THE DEAD DAISIES are a powerful musical collective created by a rotating lineup that features some of the world's best rock musicians. Influenced by '70s and early '80s hard rock, THE DAISIES' sound is soulful and accessible-equal parts THE FACES, BAD COMPANY and FOREIGNER: muscular vocals, bluesy riffs, big choruses, powerful melodies and strong hooks.

THE DEAD DAISIES' second album, titled "Revolucion", was released in June via INgrooves.