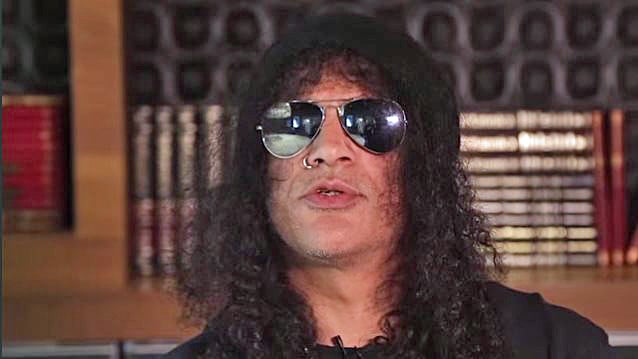 The Greater Los Angeles Zoo Association's (GLAZA) annual Beastly Ball is set for Saturday, May 20 at the L.A. Zoo, a trusted leader in animal conservation. This year's signature fundraiser celebrates the L.A. Zoo's 50th anniversary and features a performance with legendary guitarist and noted wildlife advocate Slash in an exclusive live concert backed by Jimmy Vivino and THE BASIC CABLE BAND, who will perform a mix of blues and R&B, joined by special guests Jack Black, Grace Potter and Bernard Fowler. The Ball honors Wallis Annenberg and the Annenberg Foundation and bestows the Tom Mankiewicz Leadership Award on the National Geographic Society, represented by Gary E. Knell, president and CEO.

For those not able to attend in person, Live Nation, NextVR, and Citi, will exclusively broadcast the entire concert in virtual reality. In addition to the show, fans will also have extraordinary virtual access to
"Backstage with Citi" — rare behind-the-scenes footage as Slash prepares to take the stage. The live VR content will be available on a Google Daydream or Samsung Gear VR headset, along with a compatible smartphone, by downloading the NextVR app from the Oculus store for GearVR or the Google Play store for Daydream.

Beastly Ball proceeds in part support the Zoo's new Species Conservation Action Network (SCAN),including a dedicated Curator of Conservation whose sole focus will be to identify and respond to urgent animal conservation issues around the world. Beastly Ball guests, invited to dress in "safari casual" attire, stroll through the Zoo during a rare after-hours visit observing its inhabitants, watching animal feedings, chatting with keepers, viewing small animals up close, and enjoying entertainment and dining on bountiful fare provided by some of L.A.'s most popular restaurants. Also featured are a live auction and an online mobile-bidding silent auction — open to the public — comprised of hundreds of remarkable items and one-of-a-kind opportunities, plus opportunities to donate a Program Book ad or make other gifts in honor of the Annenberg Foundation, National Geographic Society, Slash or GLAZA.

"I'm honored and proud to be a part of the L.A. Zoo's 50th-anniversary Beastly Ball," said Slash. "It's going to be the biggest yet, and I'm really looking forward to jamming live with some good friends."

The Ball is known as "one of the best parties in Los Angeles" (KCBS/KCAL TV) and "one the most important fund-raisers" (Los Angeles Times). The honorable Eric Garcetti, mayor of Los Angeles, is Honorary Chair.

According to GLAZA president Connie Morgan, "As the Zoo celebrates 50 years of leadership in exceptional animal welfare and its role as a key player in major conservation projects that protect animal species from extinction, GLAZA's Board of Trustees looks ahead to the next 50 by building upon five decades of major support for the Zoo. Our goal to raise $3 million at the Beastly Ball to establish SCAN's Curator of Conservation position and fund it for the future will, we believe, profoundly impact animal conservation, which is essential to the future of the Zoo and to the planet."

L.A. Zoo director John Lewis says, "The Zoo, with its decades of institutional knowledge and scientific expertise, will utilize SCAN to build solutions and connect the best people and programs, inside and outside the zoo profession, to act in a coordinated effort to address pressing and critical species survival issues. The Zoo may not be the Ark but we are shipbuilders!"

The Annenberg Foundation, established in 1989, is a family foundation that supports the worldwide community through grantmaking, technical assistance and direct charitable activities. Led by its chairman, president and CEO Wallis Annenberg, a lifelong champion of animal welfare, the Foundation has provided support for an array of initiatives focusing on wildlife, service animals and pets. Later this year, the Foundation will open the Wallis Annenberg PetSpace, an interactive community center for people and pets, in Playa Vista, California. The PetSpace offers a unique and innovative approach to adoption and training that is designed to help strengthen the bond we share with our pets through education, science, collaboration and thought leadership. Through its Wallis Annenberg PetSpace Leadership Institute, the center will stand at the forefront of academic thought on the human-animal bond.

"I've been an animal lover all my life, and protecting and caring for animals — both in the wild, and in our homes — has been at the center of my philanthropy for many years now," says Wallis Annenberg, Annenberg Foundation chairman, president and CEO. "That's why this special honor is so meaningful to me. No one works harder for all of God's creatures than the Greater Los Angeles Zoo Association and the Zoo itself, a beacon of animal welfare and conservation for 50 years now. I'm proud to stand with them, and excited to be a part of this year's Beastly Ball."

The National Geographic Society is a leading nonprofit that invests in bold people and transformative ideas in the fields of exploration, scientific research, storytelling and education. The Society supports educators to ensure that the next generation is armed with geographic knowledge and global understanding. The Society also aspires to create a community of change, advancing key insights about our planet and probing some of the most pressing scientific questions of our time. Its goal is measurable impact: furthering exploration and educating people around the world to inspire solutions for the greater good.

"I am extremely honored to accept the Greater Los Angeles Zoo Association's Tom Mankiewicz Leadership Award on behalf of the National Geographic Society, the first organization to receive this recognition," says Gary Knell, president and CEO of the National Geographic Society. "Like Tom, the Society is committed to protecting wildlife and wild places and educating the next generation to ensure a healthy and sustainable future for the planet we all share."

Beastly Ball tickets are $1,500 per person, with individual and corporate sponsorship opportunities at higher levels also available. The Los Angeles Zoo is located at 5333 Zoo Drive in Los Angeles' Griffith Park at the junction of the Ventura (134) and Golden State (5) freeways. Free parking is available. 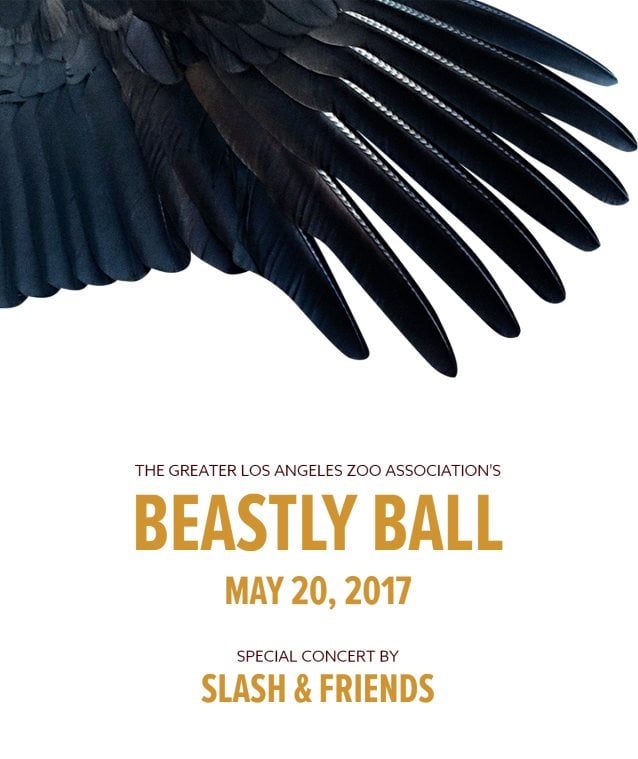