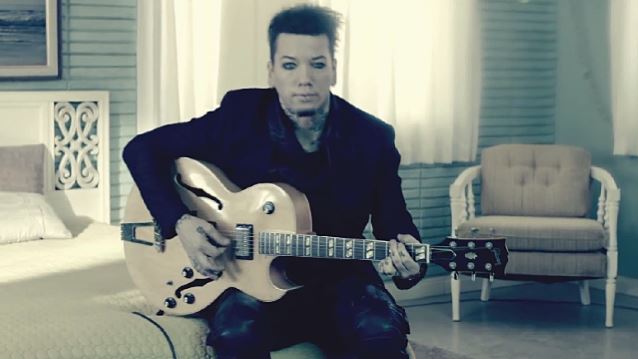 GUNS N' ROSES guitarist DJ Ashba said in a new talk with Legendary Rock Interviews that the band has both recording and touring plans in 2015. He revealed, "We are planning on doing quite a bit of touring this coming year. The focus is getting in a studio and putting together what we all feel is the best GUNS N' ROSES record. Lack of material is not an issue. We have tons of stuff."

Ashba added. "Axl [Rose, GUNS lead singer] has two full albums that he has recorded. He has played me a bunch of songs off of that that are incredible! I can't wait to get in and kind of dive into those as well. I've written tons of songs and demoed up a bunch of stuff. I think it is just a matter of getting in and sifting through the piles of material."

Reed told The Pulse Of Radio that there is both older and newer material lurking around. "We've all been at it," he said. "We've all been, you know, handing files back and forth to one another in various combinations of different people, but also there is quite a bit of material that still needs to be finished and needs to be released. And so one or both of those things is gonna happen."