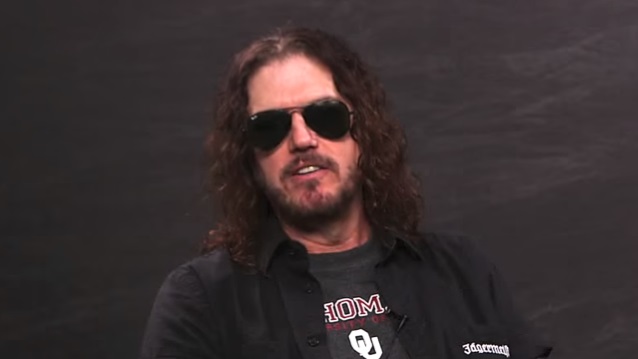 On how "Rock 'N Roll Ain't Easy" came together:

Dizzy: "There was a period of time where I was at home. I had some songs and vocal ideas that were stuck in my head. I made some demos and then one of my favorite activities is to get drunk and play my demos for friends, so, that happened. [Laughs] There was a few people — Del James, who co-produced the record with me, Richard Fortus [GUNS N' ROSES], who plays a lot of guitar on it, Mike Duda [W.A.S.P.], plays bass on it. They kind of sort of encouraged me to get into the studio and record the stuff for real, but we didn't really have the resources at the time. I was out on tour with somebody, I think THE PSYCHEDELIC FURS. I got a call from Del saying that he found a studio where we can go in and record on a spec deal which is where they get paid when we get paid. It kind of went from there. We didn't have a band, but we knew a lot of people that were willing to come down and play on a song or two, or three or four, or whatever. That's what happened. I don't think any of us realized when we started it that it was going to take as long as it did, just to track the stuff. Again, when you're doing something on spec time, you're on downtime when the studio is not working. It's a little bit more difficult to schedule, you can't really block it out on there. Plus, we had our day jobs and whatnot. The tracking took a couple of years, then, we ran into some difficulties with the masters and whatnot. It kept getting put on the backburner, that's basically what happened. I gave up on it so many times, but between my wife and Del and Richard and a few other people, they encouraged me to just see it through. Eventually, everything sort of fell into place. I found the right guy to mix it in Jason Mezilis, who is a great musician and a great engineer and producer, all the things he does. Then, it was finding a label. With Golden Robot, we finally found the right label and then it was all great from there. I had no expectations. I just wanted to get it out. Anything positive coming back to me is just fantastic and I really appreciate that."

On combining multiple styles on "Rock And Roll Ain't Easy":

Dizzy: "It starts with the songs. To me, and I had some help in writing the songs with Del, especially lyrically and him and Ricky Warwick [THE ALMIGHTY, BLACK STAR RIDERS] brought in a song as well, but point is, that a good song, you should be able to play it on the guitar and sing it and have it sound just as good on the piano and sing it and it will sound just as good. I think good music should translate from generation to generation. Sonically, I think, we were just doing what we know and what we grew up knowing and how we got into the music business. We just wanted to set up the instruments, record them live in the studio and then go from there. It's all organic. There's no computer-generated music on the record. It is refreshing for sure. That said, a lot of those songs were demoed up on my computer. At the time, one of the great things — one of the many great things about having this opportunity with GUNS N' ROSES all these years, especially with working with Axl [Rose], keeping your perception open to everything as it evolves, as music changes. Seeing how you can evolve along with that without stepping out of what's going to work for you, I guess. I've spent quite a bit of time during that and before that and still since then, working around modern music-making techniques, let's put it that way. That's going to show up there for sure. Not being closed-minded to new music and take in everything, I think, yeah, as far as song structure and whatnot, it's going to show up, too. The value should be wide open. There should be no boundaries."

On playing club shows with a variety of bands all the way to stadium shows with GUNS N' ROSES:

Dizzy: "When it's clubs, I drink more. I definitely get less sleep and probably the travel accommodations are quite different. It's all rock and roll to me. There's more pressure in certain other areas in one than there is the other for me. With GUNS N' ROSES, obviously, I don't have to sing as much. With [Reed's cover band] HOOKERS & BLOW and my thing, I sing everything. Singing sucks. It's so fucking hard, man. It really is. [Laughs] If you have other options, do that. I started off singing. I started when I was 12 years-old. I started my first band and I was always the singer. I did that until I was 20. I couldn't take it anymore. There was a lot of pressure and I didn't really know how to sing at that point, but I had been playing keyboards, so I thought I would try to see where that would take me. I think I made a good choice. I've always had my voice as a means of expression and part of the songwriting process and whatnot. It's there. I agreed to do it. But this whole experience definitely gives me more appreciation for how great Axl is in particular. It's amazing."

Reed is the longest-serving member of GN'R after Rose. He joined the band as a touring member in 1990, during the "Use Your Illusion" era, and has played with most of the original members as well as in all the later editions of the group and the current reunion lineup. 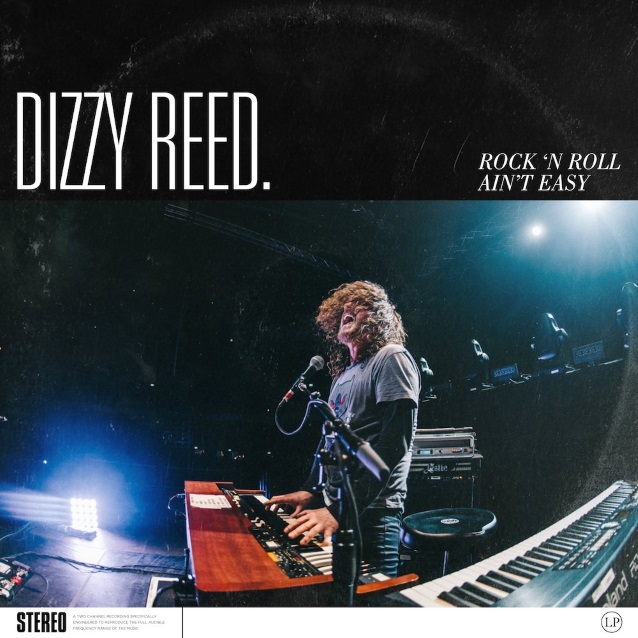