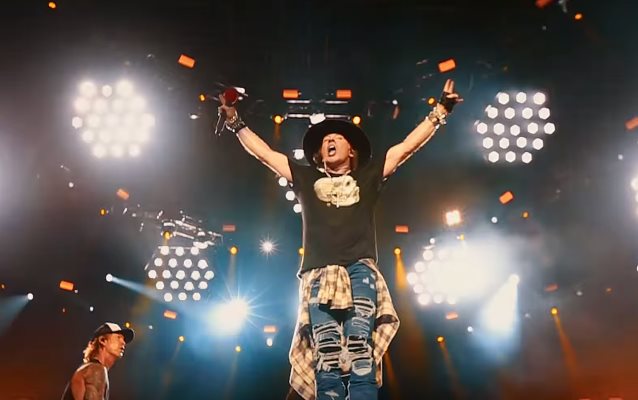 GUNS N' ROSES' 'Not In This Lifetime' Tour: The Fan Experience (Video)

A newly released video showcasing the fan experience on the U.S. leg of GUNS N' ROSES' "Not In This Lifetime" tour can be seen below.

The 2017 North American leg of GUNS N' ROSES' "Not In This Lifetime" tour kicked off July 27 in St. Louis, Missouri and includes eleven newly announced dates in cities across the U.S., including Newark, D.C., Hartford, Louisville, Milwaukee, Nashville, Sacramento, and San Diego. They have also added a second stop in Toronto, and third dates in both New York and Los Angeles.