Mark Robben, the toy company's director of marketing, told Fuse about its über-successful Pop! line: "This is now no longer just a collecting thing that is really kind of niche. Now it's hitting everybody, there's literally a license for everybody. If you like Batman, of course we got that. But if you like Supernatural or Orphan Black, or something that's a little deeper and a little more narrow, we've still got it." Robben noted that the Golden Girls and Star Wars Pop! dolls are huge successes, and that a collection of Playmobil dolls are on the way.

GUNS N' ROSES recently concluded the North American leg of the "Not In This Lifetime" tour and is now performing in South America. A European trek is reportedly planned for next summer. 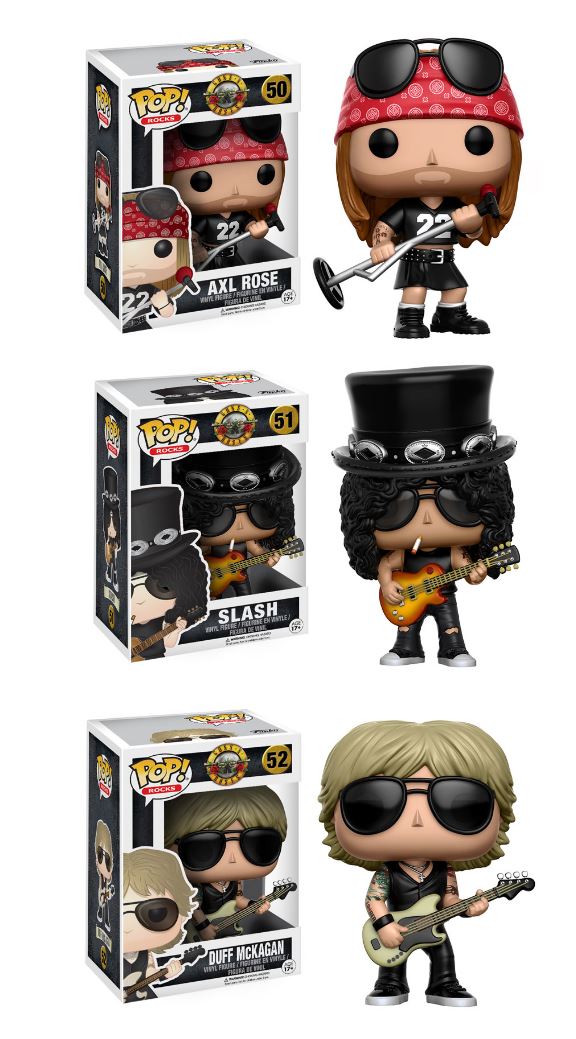