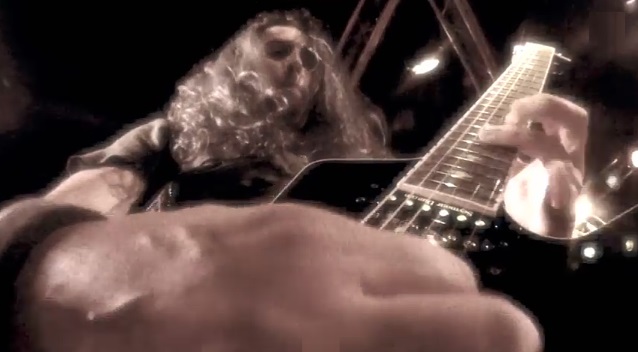 "Blame It On Me", the new video from Greek guitar virtuoso Gus G., well known in rock and metal circles for his work as Ozzy Osbourne's guitarist and as leader of his own band FIREWIND, can be seen below. The song is taken from Gus' debut solo album, "I Am The Fire", which entered the official chart in Greece at position No. 27. The CD sold around 700 copies in the United States in its first week of release.

Gus and LYNAM will team up for a string of West Coast dates in October. The shows kick off October 15 in Los Angeles at the world-famous Whisky a Go Go and mark Gus' first solo appearances in North America.

Says Gus: "I'm very excited to play my first solo shows in North America! Expect a killer setlist with songs from my debut solo album, 'I Am The Fire', as well as material from FIREWIND, Ozzy and some surprises! I'm putting a killer band together for this short run and Mats Levén will be handling vocal duties! Also, I'm very happy to team up with LYNAM. They're a killer hard rock band, and their singer Jacob Bunton co-wrote with me and sang a song on 'I Am The Fire'." 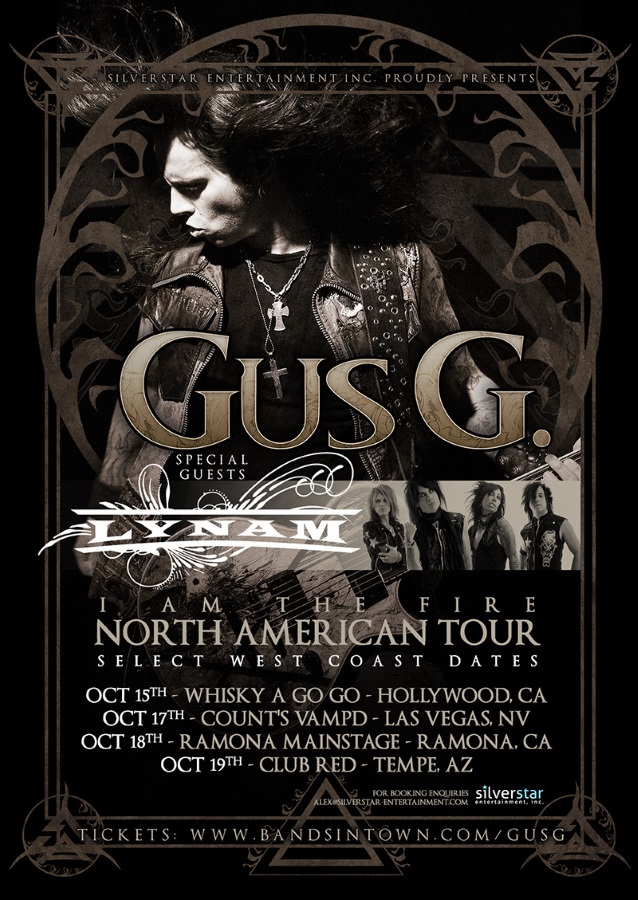