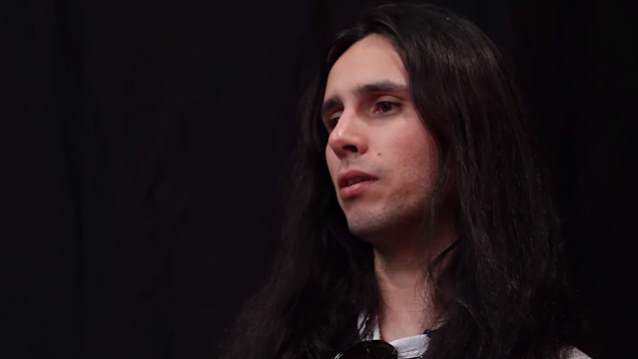 In a brand new interview with Alternative Nation, Greek guitar virtuoso Gus G., well known in rock and metal circles for his work as Ozzy Osbourne's guitarist and as leader of his own band FIREWIND, was asked if if there are any plans for FIREWIND to write and record its eighth studio album.

"Not at the moment," Gus replied. "The band is on a break and we still haven't found a singer we want to work with, so we're going to take our time and there's no rush. I'm also very busy with my solo thing right now. I'm out on the road until Christmas and then I will be doing more touring in the beginning of 2015. I think there'll be another solo record from [me] before we see another FIREWIND album."