GWAR To Release Acoustic EP 'The Disc With No Name'

We are just a mere three months into the year, but 2021 truly is shaping up to be the year of the Bohab! Following the announcement of GWAR's "Ragnarok" Rye and their brand new CBD line "Bud Of Gods," your Lords and Masters have yet another surprise up their sleeve. May 28 will see the release of "The Disc With No Name", via Pit Records. The EP is a limited-edition 12-inch picture disc. It is available for purchase at GWAR.net and indie retailers.

"The Disc With No Name" features unplugged versions of four GWAR classics, completely reimagined and rearranged with acoustic instruments.

The idea to release the EP came during last year's quarantine following the band's heart wrenching, emotional and ridiculous acoustic performance for The A.V. Club during their quarantine sessions. With this release, the band looks back wistfully on eons of murderous rock and roll and the lonesome time of the great Gwarantine of 2020.

Lead singer Blóthar The Berserker had this to say: "During the quarantine of 2020 I spent long, lonely days with my hand down my pants, hiding out in a fortress made entirely of rolls of toilet paper, drinking hand sanitizer and watching '1000-Lb Sisters'... which is business as usual for me. So I was relieved when I got the call to lay down some vocals on 'The Disc With No Name'. We recorded this record over the telephone, which was fine with me, because I can't stand to be in the same room as the other members of GWAR."

"The Disc With No Name" track listing: 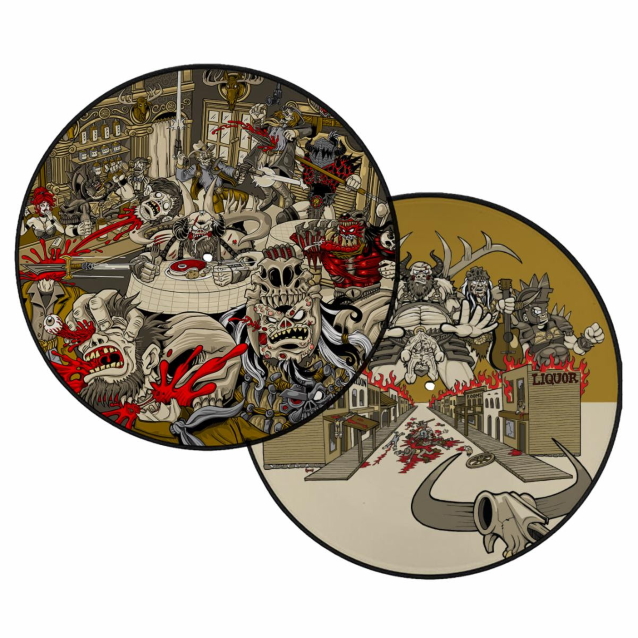