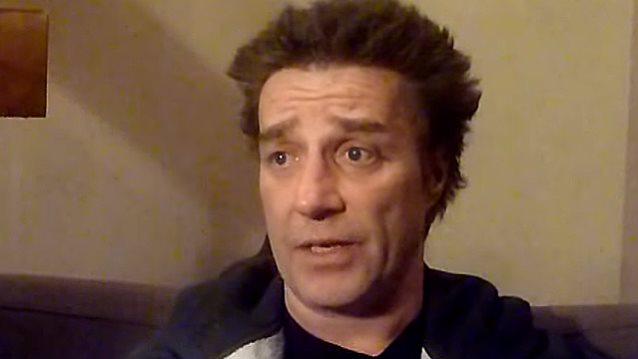 Arkuie Williams, State Administrator at Virginia's Office Of The Chief Medical Examiner, said that Brockie's cause of death was "acute heroin toxicity and the manner of death is accident."

Brockie — who went by the stage name Oderus Urungus — was found unresponsive by his roommate at approximately 6:50 p.m. EST on March 23 in his North Richmond home. Responding police investigators found evidence of heroin use, but the cause of death wasn't finalized until toxicology tests were completed. He was 50 years old.

The musician was laid to rest on April 1 in his hometown.

Former GWAR member Michael Bishop, who was the first to take on the character of Beefcake The Mighty, told Style Weekly: "Dave was one of the funniest, smartest, most creative and energetic persons I've known. He was brash sometimes, always crass, irreverent, he was hilarious in every way. But he was also deeply intelligent and interested in life, history, politics and art."

LAMB OF GOD singer and fellow Richmond resident Randy Blythe posted a tribute to Brockie on his Instagram account, which read in part: "When someone dies, a lot of the time people will say, 'Oh, he was a unique person, really one of a kind, a true original.' Most of these people no idea of what they are talking about; they obviously had never met Dave. "Dave TRULY WAS ONE OF A KIND. I can't think of ANYONE even remotely like him. That's VERY HARD TO SAY."

Blythe added: "Right now, if I were to truly honor Dave in the way HE would do it if it were ME that had died, I would make a completely tasteless joke about his death. But I do not have the stomach for that — Dave would, but not me. He never put much stock in 'limits.'

"Richmond has lost one of its most creative people. This is a crying shame to me."

Brockie was the last remaining original member of GWAR, which was founded 30 years ago. The future of the band at this stage is uncertain.

GWAR's fifth annual GWAR-B-Q, which was announced before Brockie's passing, will go on as scheduled, with Bishop handling vocals for GWAR at the August 16 event. One day earlier, a a special memorial for Brockie will be held from 4 p.m. until 7 p.m. at Hadad's Lake, located at 7900 Osborne Turnpike in Richmond.