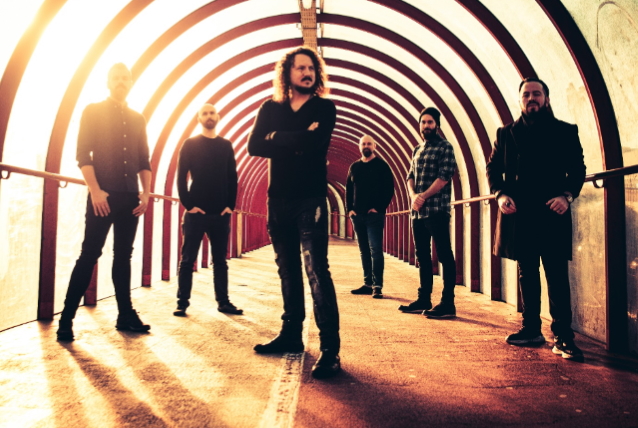 Progressive rockers HAKEN will release their new studio album, "Virus", on June 5. The music video for the LP's second single, "Canary Yellow", a striking animated clip created by Crystal Spotlight, can be seen below.

The band comments: "For 'Canary Yellow', we went in a more alternative direction, since we’re all big fans of bands like RADIOHEAD, ELBOW and Peter Gabriel. Those are artists who can portray quite dark subject matter through really beautiful music. Since the 'Virus' album is intended to be a metaphor for various negative tropes of society, we wanted to explore this idea in a variety of ways. 'Canary Yellow' deals with the suppression of physical and mentally abusive relationships; something that can often remain hidden behind a seemingly happy facade.

"We once again returned to longtime visual collaborators Crystal Spotlight for this ambitious animation and we're absolutely thrilled with how well the visuals complement and enhance the atmosphere of the song. The video shows a seemingly idyllic family environment, but with a sense of sadness beneath the surface and absolute devastation looming on the horizon. They go about their day oblivious to the fact that they are mannequins living in a 1950s-style 'Doom Town' experiment."

The band recently started broadcasting from its new Twitch channel, and it will be going in-depth on how "Canary Yellow" was written and produced on May 8 at 6 p.m. U.K. time.

By way of introduction, the band recorded a special video message to give some background to the new record.

Since releasing "Vector" in October 2018, HAKEN has completed headline tours the world over, played sold-out shows across Europe and North America as support for Devin Townsend and picked up a Prog award for their efforts too. All the while, they have been quietly, secretly working on the follow-up album.

Drummer Ray Hearne reveals: "Since releasing 'The Mountain' in 2013, one question has been asked of us time and time again, 'Who is the Cockroach King?' This is something we were interested in exploring more deeply too, so we essentially did that through our music; elaborating and expanding upon the intervallic, harmonic, rhythmic and lyrical themes of that song. The end result is in an arc which spans across two albums: 'Vector' and 'Virus'."

Once again, Adam "Nolly" Getgood has mixed what is perhaps the most eclectic HAKEN album to date, with the seven tracks revealing hints of influences from multiple genres, all intertwined with HAKEN's own recognizable sound. Guitarist Richard Henshall had this to say about the production: "Using Nolly again was a no-brainer, as we wanted the two albums to be sonically connected. But having just spent a day mixing with him in his studio, it's obvious that this album will be an evolution of the 'Vector' sound. These songs seem to allow a lot more freedom of creativity with the production, so we're excited to see where it leads."

Longtime HAKEN collaborators Blacklake have designed the visuals and artwork and the album will be available as a limited 2CD, standard CD, gatefold 2LP + CD and as digital album.

"Virus" is the culmination of a musical thought experiment which started with the "Vector" writing sessions in 2017 and holds intriguing potential for the band's future, as vocalist Ross Jennings explains: "Whilst 'Virus' can absolutely be enjoyed as a stand-alone work, it is thematically and conceptually linked with 'Vector', so our intention is to perform both albums back to back for a special performance someday." 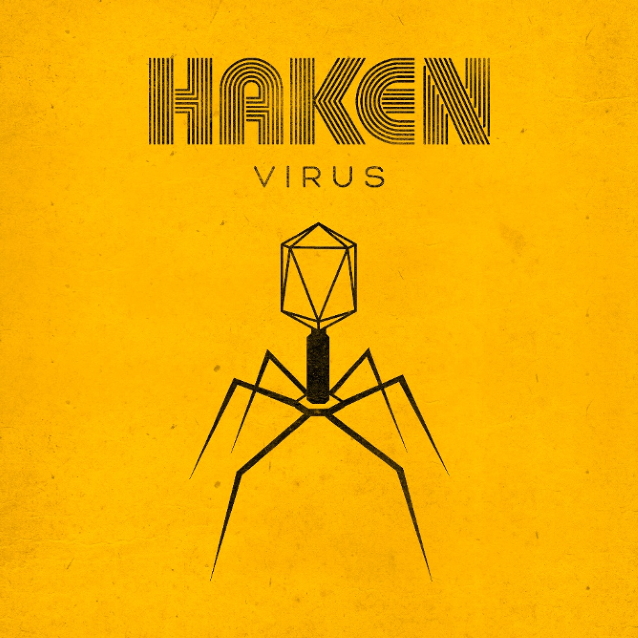