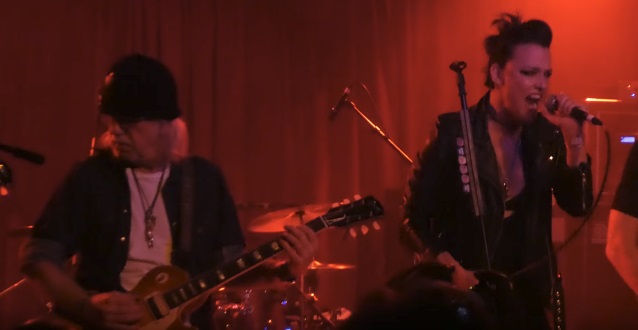 HALESTORM members Lzzy Hale, Joe Hottinger and Josh Smith, along with Brad Whitford (AEROSMITH),Rachel Bolan (SKID ROW) and Jimmy Chalfant (KIX) are among the musicians who joined THE EAST SIDE GAMBLERS on stage this past Saturday night (January 6) at the Mercy Lounge in Nashville, Tennessee at the Chemokaze VI charity event. Fan-filmed video footage of the concert can be seen below. 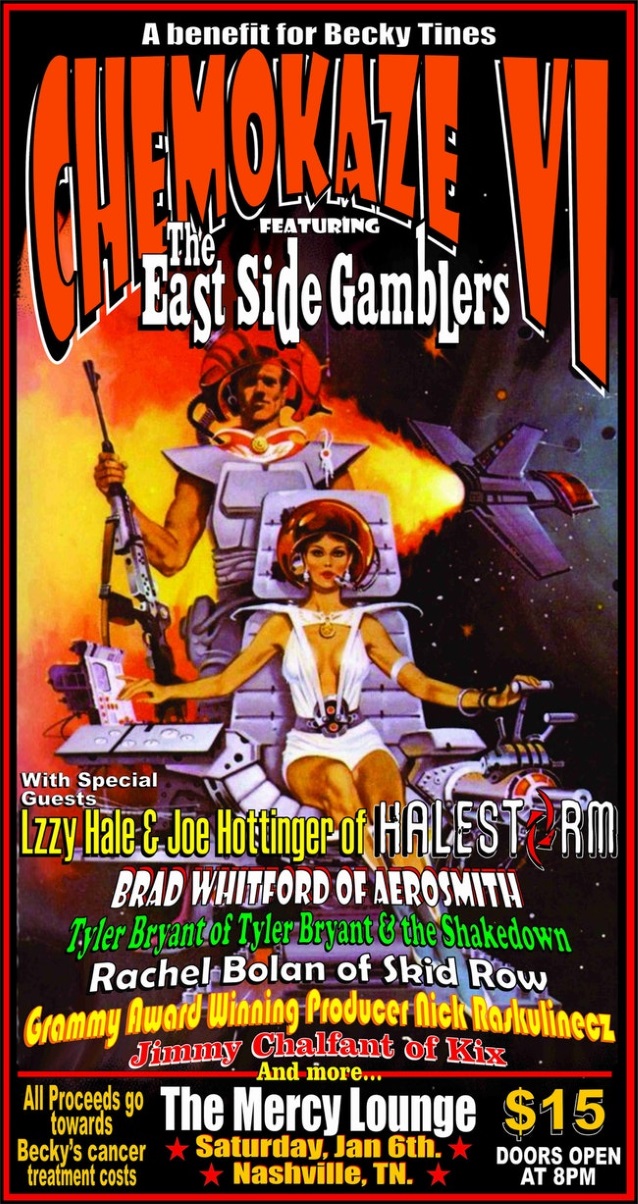