HALESTORM announced today a new fall leg of tour dates, which once again sees support from the legendary Lita Ford and DOROTHY. The dates kick off October 6 in Dallas and run through October 28 in Quebec, following the band's current European run and their direct support slot on Carnival Of Madness (with SHINEDOWN headlining).

"It's my pleasure to announce our second tour with both Mz. Lita Ford and Dorothy," said HALESTORM frontwoman Lzzy Hale. "The package was so good, we had to do it again! If you missed it last time…here's your second chance. Don't blow it!"

"It's made our year for me and my band," said Lita Ford. "We are so honored and proud to be out on the second leg of this so very hot, sweet, and ass-kicking tour with this amazingly talented band, HALESTORM! We can't wait to melt some faces!"

Dorothy added: "The band and I are pumped to tear up the road with our family. We will be supporting our album 'Rockisdead' which drops June 24th! See everyone this fall."

A special BLABBERMOUTH.NET presale will begin on Wednesday, June 8 at 10:00 a.m. and end on Thursday, June 9 at 10:00 p.m. When prompted, type in the presale code "MAYHEM" to access tickets before the general public.

Asked about how HALESTORM's success might have contributed to the recent surge in the number of females fronting their own groups, Lzzy told WDHA-FM 105.5 FM: "Just to be a part of it is so cool. It's really neat to see that kind of flood happening right now. And it's really starting to… I mean, I wanna say it evened out, but I think it's tipping the scales, 'cause we've been doing a lot of festivals lately, and it's just so many girls.

She continued: "It's something that Lita and I have been talking a lot about, because she kind of kicked the door open for both myself and Dorothy, all of us, to kind of waltz right in. And it's a huge testament to just the strength… And you have to kind of have blinders on to everything. Don't worry about what people think. Don't quit. Don't worry about opinions, especially [on the] Internet; don't worry about that.

The band's third album, "Into The Wild Life", debuted at No. 5 on the Billboard 200 album chart, selling 56,000 copies in its first week of release — more than double the first-week haul of their second CD — but has not reached gold yet. 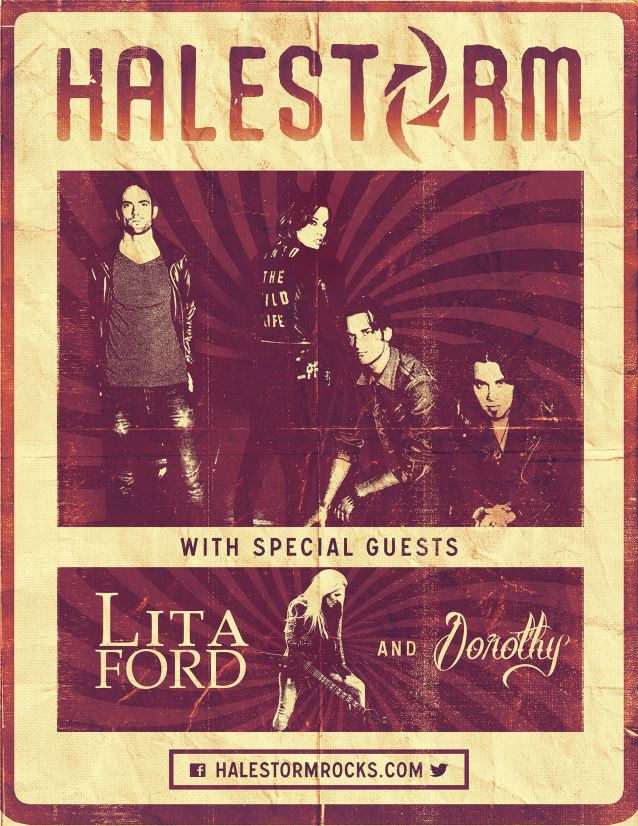