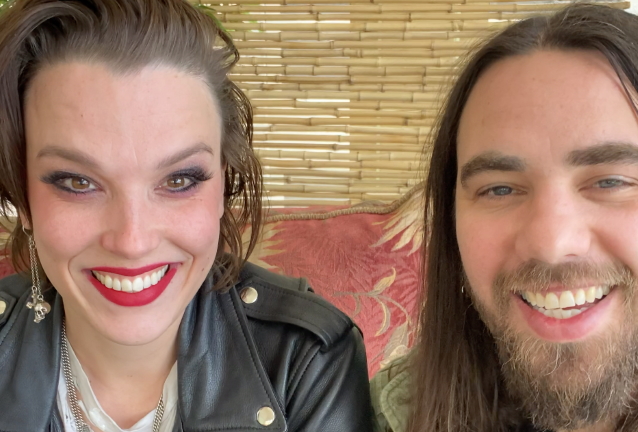 HALESTORM commented on the significance of #ROADIESTRONG, expressing: "Roadies are more than a crew; they are the beating heart of the show. They are the soldiers on the front lines. They are the first to arrive, and the last to leave. They handle the dirty work, and make the hard decisions. They keep the wheels turning and our dreams alive. Roadies are our tour family. They are OUR people. And in most cases they are the only ones in this crazy life who understand us. They live it and breathe it. We stand with all the roadies who are struggling during this lockdown. And encourage you to show your love and support for the men and women behind the curtain."

Live Nation's Crew Nation was established in the wake of the COVID-19 pandemic and is designed to support live music crew members through this temporary intermission until artists can once again unite millions around the world through the power of live music. Crew Nation is powered by Music Forward Foundation, a charitable 501c3 organization, that will be administering the fund. Live Nation has committed $10 million to Crew Nation — contributing an initial $5 million to the fund, then matching the next $5 million given by artists, fans and employees dollar for dollar. And HALESTORM is calling attention to this effort with #ROADIESTRONG.

HALESTORM frontwoman Lzzy Hale and her brother Arejay (drums) formed the band in 1998 while in middle school. Guitarist Joe Hottinger joined the group in 2003, followed by bassist Josh Smith in 2004.

Please join us to support our crew families. Visit https://t.co/ZLRahXQmsq for #ROADIESTRONG merch & donation links - all proceeds go to the Live Nation Crew Nation Fund, which provides valuable financial assistance to road crews all over the world who make live music possible. pic.twitter.com/wFT7RPSmdf