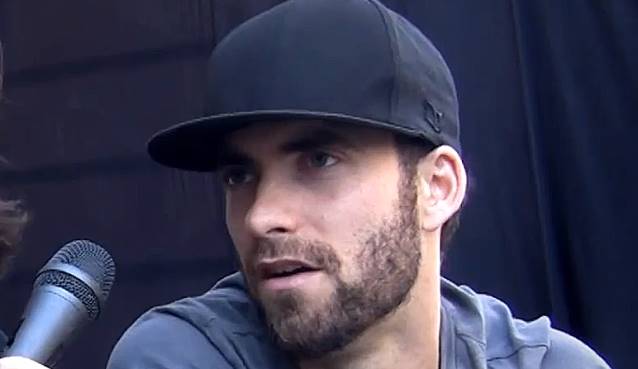 HALESTORM bassist Josh Smith will be forced to miss the band's April 13 concert in Cologne, Germany due to the fact that he will be flying back home to attend his brother's wedding. Filling in for him at the show will be Calvin Roffey of the English rock band THE SMOKING HEARTS, which is supporting HALESTORM on the Lzzy Hale-fronted group's current European tour.

As previously reported, HALESTORM has debuted two new songs at two separate shows recently. The first tune, "Heartbreaker", was performed on March 28 at the Cannery Ballroom in Nashville, Tennessee, while the second track, "Mayhem", made its debut earlier this month in England.

Singer Lzzy Hale told The Pulse Of Radio one thing the band might do differently this time. "We're probably gonna record it in Nashville instead of L.A. this time," she said. "It's a quieter vibe and a little less distractions. I think we can kind of lock ourselves into a studio (laughs) and become intimate with our inner crazy [laughs] and hopefully not kill each other in the process [laughs]."