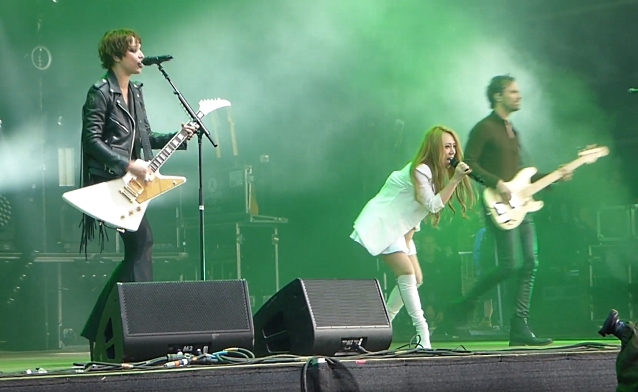 HALESTORM Joined By LOVEBITES Singer For 'Love Bites (So Do I)' Performance At U.K.'s DOWNLOAD (Video)

Asami, the singer of LOVEBITES, the all-female heavy metal band from Tokyo, joined HALESTORM on stage on June 15 at the Download festival at Donington Park in Leicestershire, England to perform the latter group's Grammy-winning song "Love Bites (So Do I)". Fan-filmed video footage of her appearance can be seen below.